A century ago, Moganshan attracted Shanghailanders looking to escape the summer heat. They went down and built wonderful stone country homes amidst the bamboo forests which still stand – and are still famous – even today. But even before that, the same thing happened in Lushan, a lush, green-clad, cloud-wrapped mountain which sticks straight up from the north Jiangxi floodplains. Today it is a fantastic getaway which combines culture, nature, architecture and a unique political history.

Whereas Moganshan was for Shanghai elites, Lushan was for the expats – many of whom were missionaries – living up the Yangtze river in places like Nanjing and Wuhan. Pearl S. Buck’s father built a villa that still stands today. In its 1920s heydey, the little village of Kuling (a homophone of “cooling”) boasted 800 stone structures including a church. Dozens still stand, the most famous of which is Meilu. 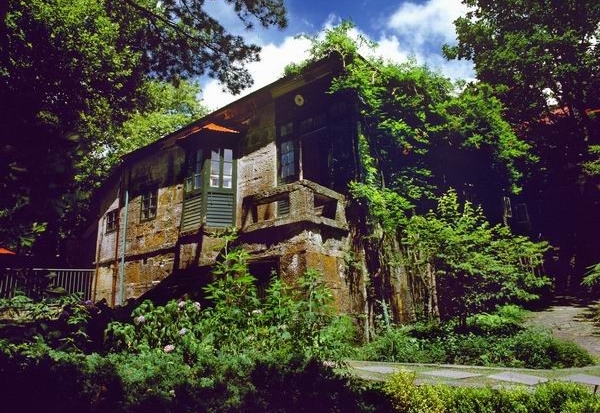 Built by a Brit, Meilu was later gifted to Madame Chiang Kai-shek. And that’s where the political history gets grafted on, which sets Lushan far apart from Moganshan. Back in the 1930s/40s, the Generalissimo spent a considerable amount of time there, so much that Lushan was considered the Summer Capital of Republican China. Meilu was the site of many high-level Kuomintang meetings. It’s also where U.S. General George Marshall met with the Generalissimo no less than five times before the KMT fell to the Communists.

But that’s not why thousands of Chinese folks pilgrimage to Kuling and its surrounding mountains today. They go because that KMT political history was later paved over by the new Communist government who, in the 1950s, resurrected Lushan as a strategic political venue.

In 1958 and 1959, the Communist party held two very important summer plenums of the central committee. These were challenging times for the new government, to say the least. The Great Leap Forward had just ended, and there was — to put it very mildly — considerable internal discussion about its merits and its effects on the Chinese people. Famously, General Peng Dehuai sent a letter to Mao criticizing the Great Leap. Mao responded by re-publishing the letter and distributing it to everyone. The result? Peng was purged from the party, never to be a factor again. This kicked off a cascade of events that eventually led to the launch of the Cultural Revolution. 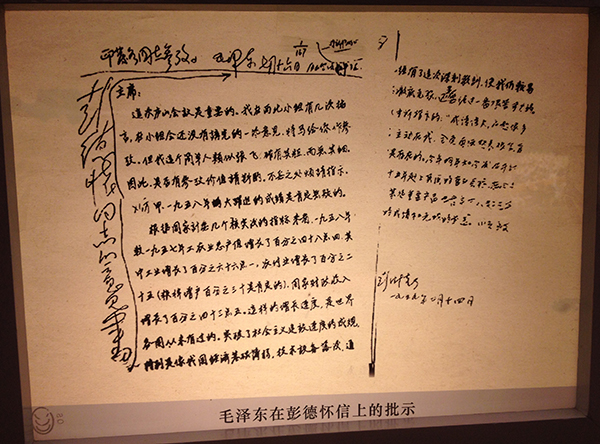 All this history is enshrined in Lushan. The hall where the meetings took place has been preserved in close to original form. Each seat still has a namecard indicating who sat where. Each seat still has the requisite tea cup common to the era. Downstairs, a 20-minute documentary of the momentous Lushan conferences is looped. It may not be the most penetrating thing, but it has invaluable archival footage of leaders from the time period (all in Chinese, of course). There is also a little museum housing original photos and even the original letter sent by Peng, bearing Mao’s notations — all very fascinating for amateur scholars of the PRC.

For scholars of Chinese film, Lushan occupies another little niche of cinematic history — by virtue of a film called Romance in Lushan. Made in the late 1970s, it’s not exactly a paragon of artistic achievement, BUT it was one of the earliest commercial movies made after the Cultural Revolution and featured one of the first-ever on-screen kisses — when its hero (a young Communist party cadre) becomes besotted with a tourist (the daughter of a former KMT general). Since its premier in July 1980, it has been screened continuously in Lushan, qualifying it for the Guinness Book of World Records as the longest opening run for a film in the same movie theater in history. But even more than the trivia tidbit, again, are the visuals of Lushan back in the ‘70s before it was overrun with tourists. 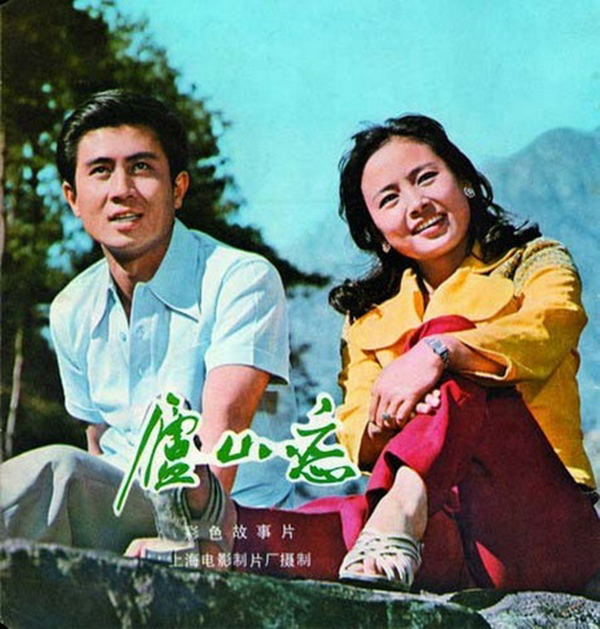 And, truly, Lushan gets a lot of tourists — a ton, even. Kuling, the main little town up towards the top of the mountain, is kind of swarmed during the summer, almost exclusively with Chinese tourists and mainly from the interior provinces. You don’t see many foreigners and you don’t even hear much Mandarin Chinese spoken. The villa district, set apart from the new part of town, is lovely for a stroll in the evening. The rest of the town is pretty blah. 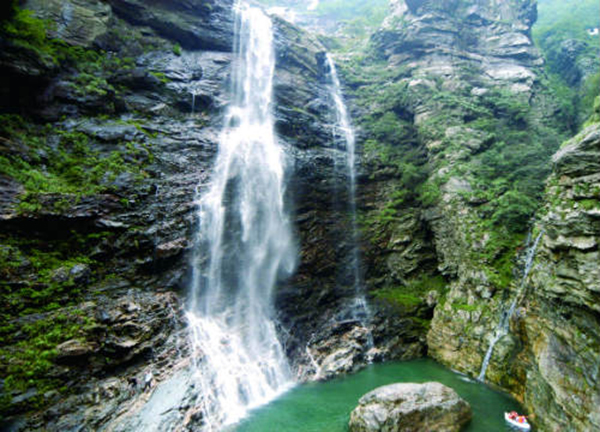 The Chinese tourists pour in for the nature and there is plenty of awesome nature to be seen in Lushan — much of it rather accessible (a mixed blessing). The tour de force for Lushan scenery is Sandie Quan — a stunning waterfall which tumbles over three linked cliff faces—155 meters in all. Hike down the 3.5 kilometers and 1,400 steps from the bus stop to the foot of the falls for a spectacular view. On your way back up, you can also do what I did — instead of riding the tram, take an impromptu dip in the mountain stream that tumbles over rocks and through deep pools on its way down the mountain. That in itself makes for a great afternoon of virtual solitude with clean mountain water and nature all around to boot.

The other big thing is Wulaofeng — “Five Old Peak.” It’s basically the top of Lushan, 1,500 meters above sea level. When it’s not wrapped in mist, you get phenomenal views of the Jiangxi plains. We are talking sheer cliffs here — not for the faint of heart. There are yellow lines painted neat the edges which indicate “you’re about to step out onto a cloud.” Still, amazingly, Chinese tourists wander right up to those lines and strike up poses on the edge of a 1,000-meter drop for that perfect scrapbook momento. 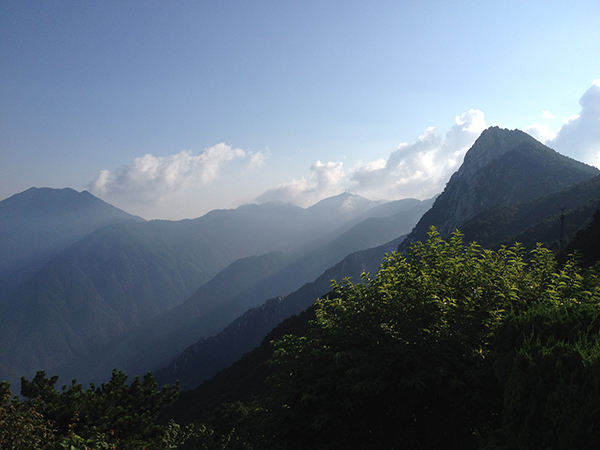 A stone’s throw from Wulaofeng is Pohankou. This is another peak, with a pagoda on top, where people come to watch the sunrise. If you’re not up for a 5AM wake-up call, it’s still worth a visit on a nice day as you get a great view of Poyang Lake down below — China’s third largest.

You only need a long weekend to suck the marrow out of this unique place. But it is most definitely worth checking out whether you’re into nature, politics or laowai-in-China history.

Other stuff to know

No fast trains to Lushan, so you’ll want to fly in and out of Jiujiang, the nearest big city. From Jiujiang airport you can bite the bullet and fork over the extortionate RMB300 per person demanded by taxi drivers or bus into Jiujiang and grab another bus to Kuling town. Otherwise you can get into and out of Nanchang, which is an hour away from Jiujiang. 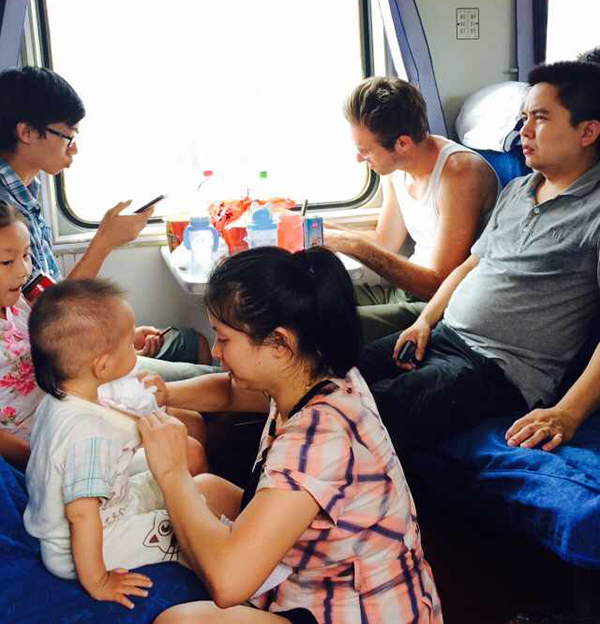 Buy a bus pass (RMB80) which is good for a week. It’s all a bit confusing but basically a fleet of brown minibuses go to all the tourist spots (nature and otherwise). Biggest problem is that they stop running at 6:30PM. Boo.
Stay

You’ll want to stay in — or very near to — Kuling. There are no Western hotel brands there and a huge range of options. We did a night in a backpacker-type place in the new part of town (around RMB400/night). Then we splurged a bit on the Hanpokou Fandian (RMB600/night), a bit out of town but much more nature and quieter. If we went back we’d definitely book a room in one of the old stone villas. 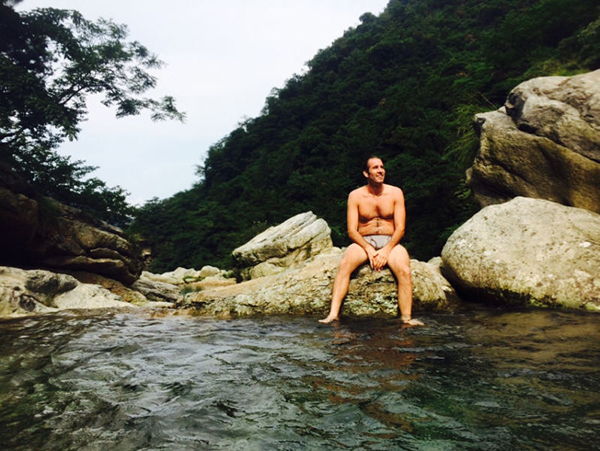 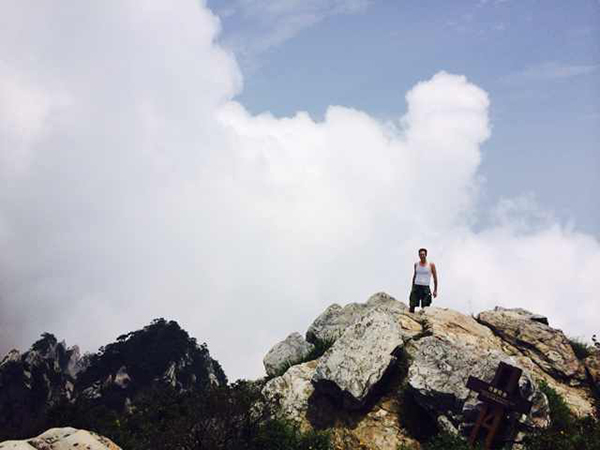 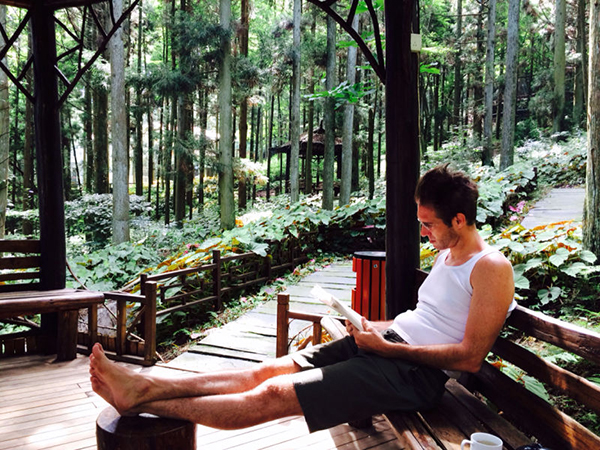 FYI – My article was originally published here by City Weekend. I’m reclaiming it for myself since they aren’t doing shit with it.