There are over 400 parks in Shanghai of all shapes and sizes, from big ones like Zhongshan Park to small ones like Huamu Park which you’ve never heard of unless you happen to be my neighbor. But there is only one Lu Xun Park. 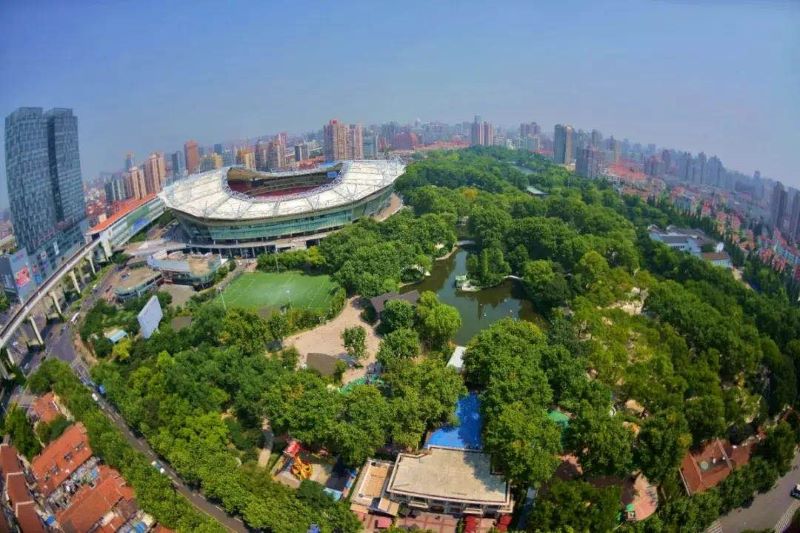 What sets Lu Xun park apart is music. It is a true and veritable cacophony of sounds, songs, instruments and rhythms unique in the world.

There on any given day you will find erhu players, trumpeters, zither aficionados, and saxophonists holding forth. You’ll find guys plucking Chinese banjos or laboring at the accordion. They come together and form spontaneous little jam bands. A middle aged lady picks up a microphone and starts to warble over the top. Crowds gather. 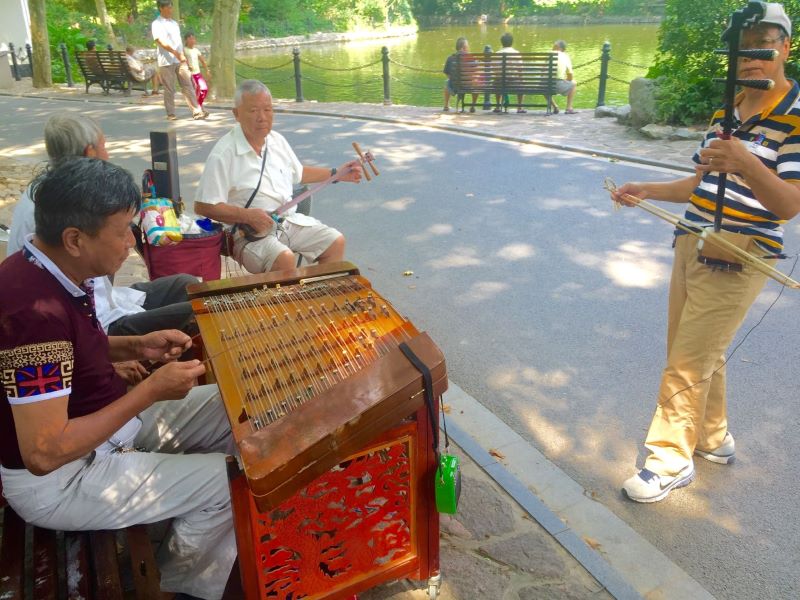 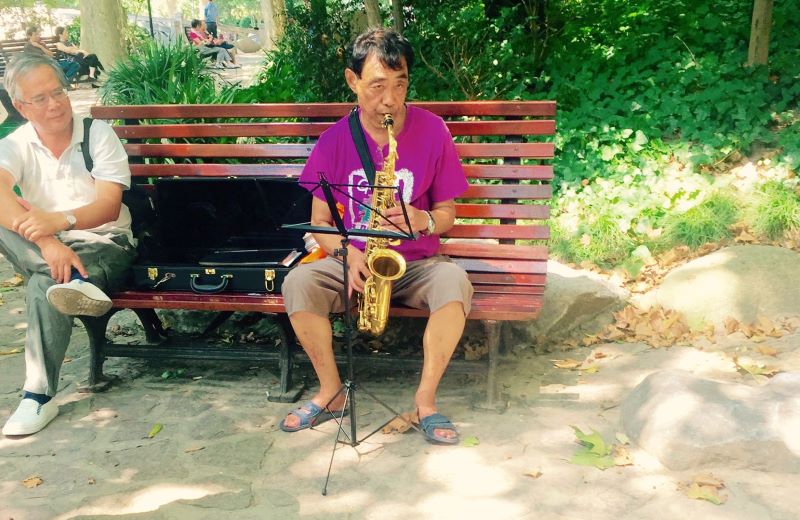 Then there are the square dancers and the ballroom dancers and the salsa dancers each commanding their own patch of ground. There’s a dozen different dance clubs each with a different style and different music. Under a pavilion on an artificial hill a singer of Chinese opera is accompanied by an impromptu erhu orchestra.

But it’s more than just music.

There’s a corner of the park where whips crack like rifle shots. Here and there men gather in groups, discussing, declaiming, instructing, arguing. Even the silence of the water calligraphers speaks volumes. It’s a place for people to come together and make noise. It’s really quite a scene.

It feels very local and mainly it is, but not entirely. Most of the people there live in Hongkou, but not all. Many come to the park from Yangpu or Baoshan. An opera singer I met makes the trek from distant Putuo. Lu Xun Park is the place to go in Shanghai if you are an amateur musician over the age of 50 looking for your tribe. 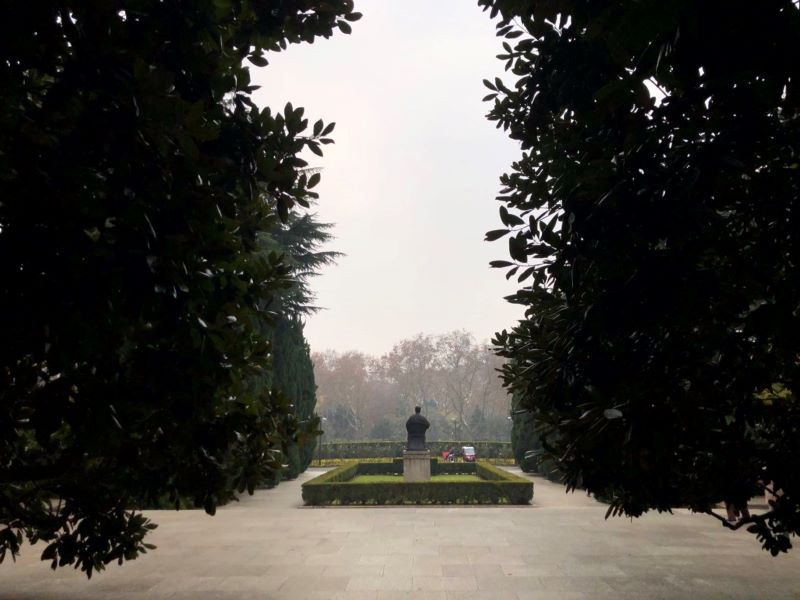 Lu Xun Park only became Lu Xun Park in 1988. Before that, since its founding in 1909, it was Hongkou Park. It started life as an athletics field, later became a Japanese military proving ground and was once the scene of an assassination attempt. In the 1950s it became the final resting place of Lu Xun. Now it is known for the Lu Xun museum, its bonsai tree collection and a handful of cherry blossoms transplanted from Tokyo’s Ueno park. 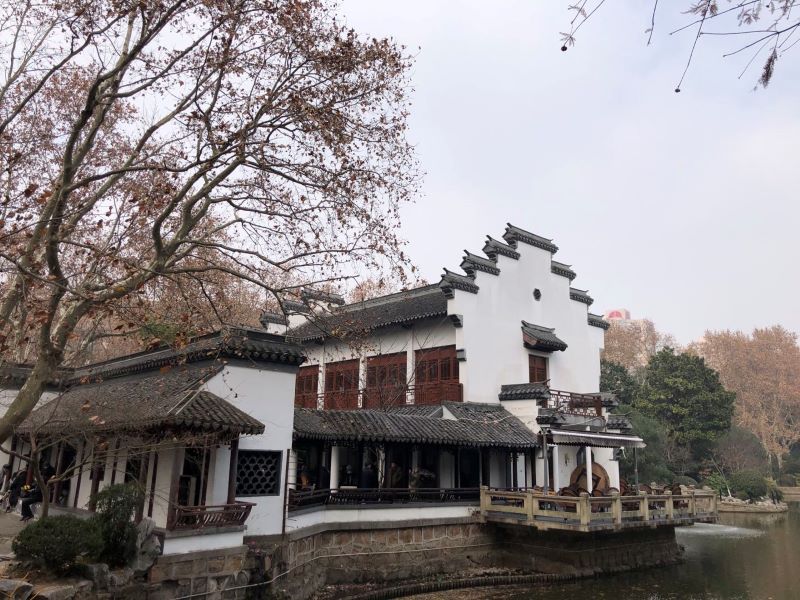 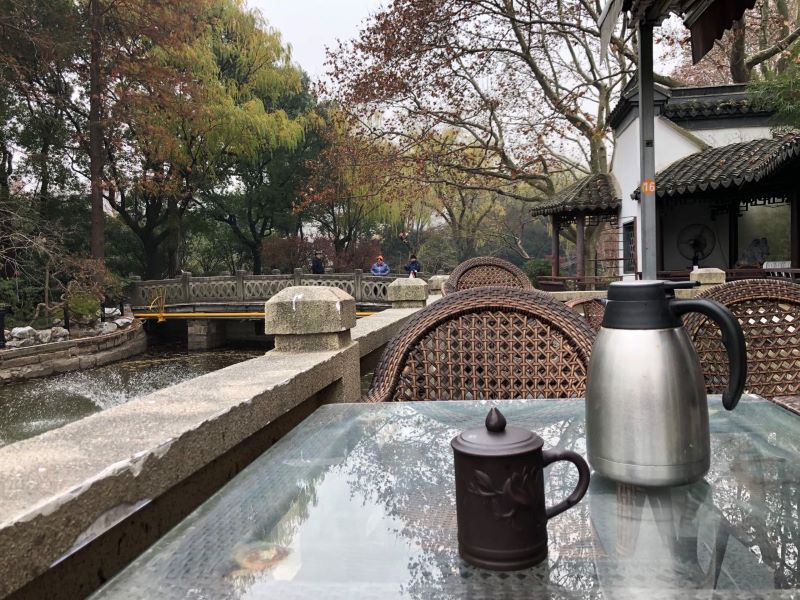 The park also has a wonderful tea house with indoor, outdoor and courtyard seating. There’s a secluded semi-private island which costs 15 kuai to access on which there is a replica of a literati library. There are also boats to be rented, badminton courts and a small amusement park for kids. 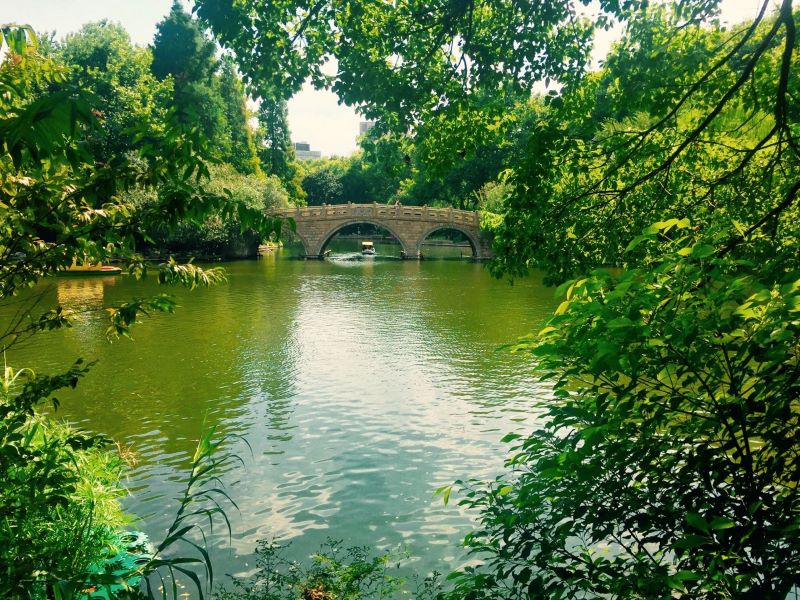 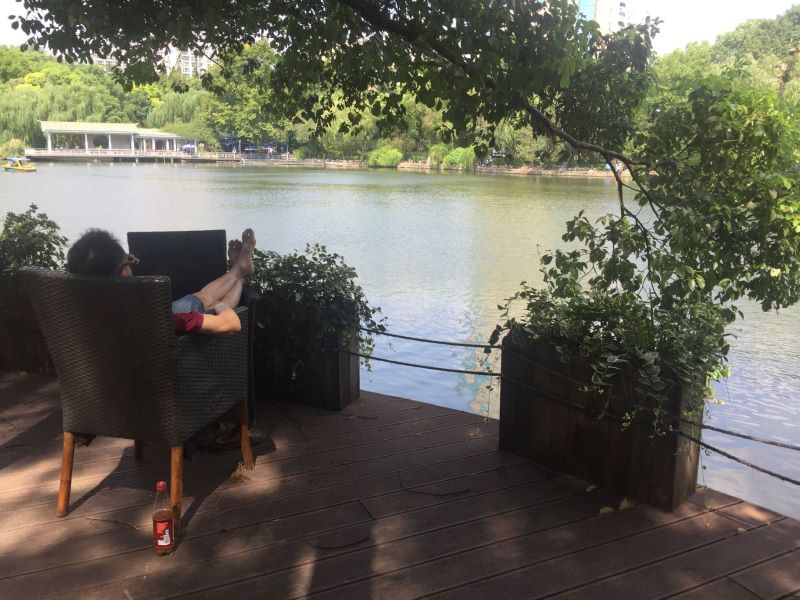 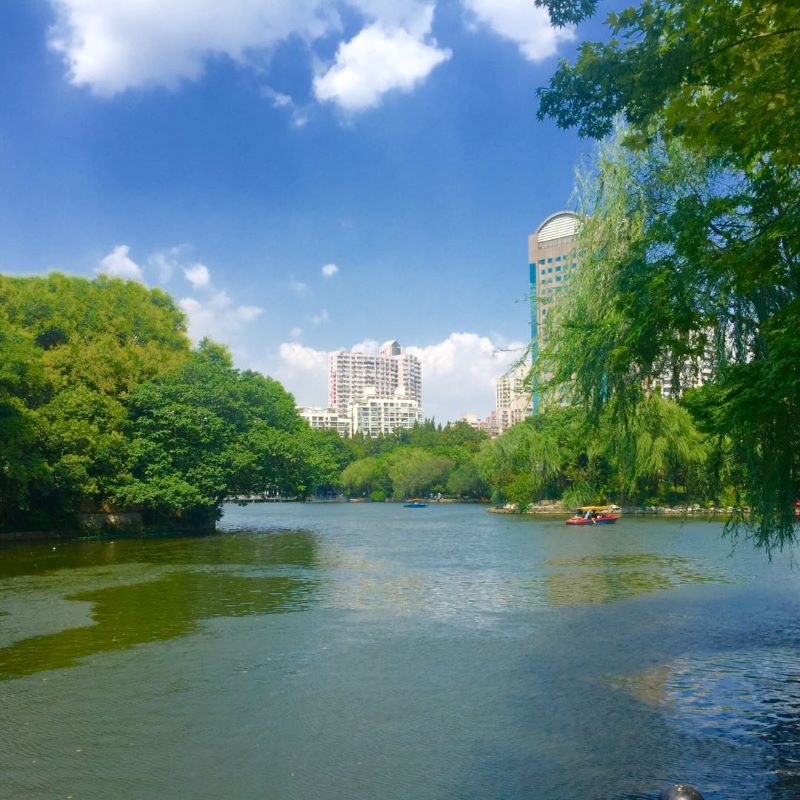 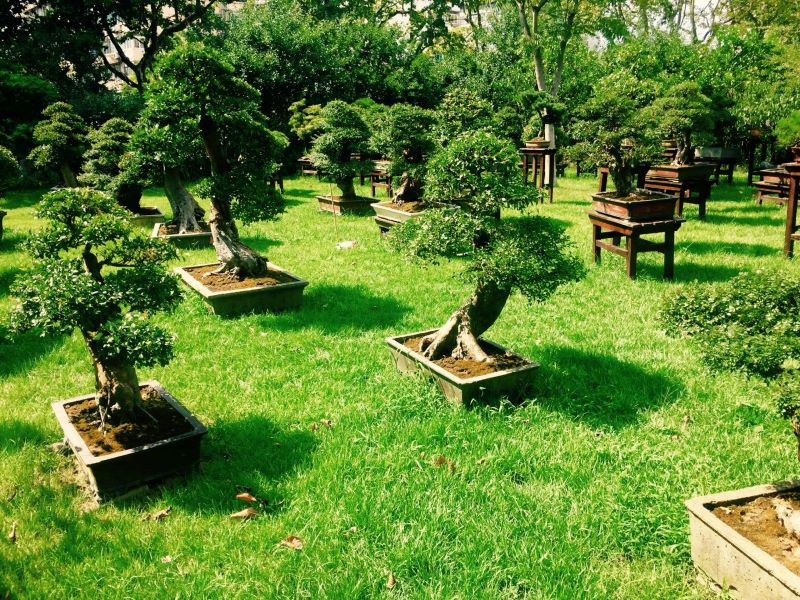 All these things are nice, but it’s the music and the eccentric group of oldsters who put it on which make Lu Xun park unique. As soon as I walk into the park I’m immediately accosted by weird people. People want to talk, say something, ask questions, express themselves. When I ask them questions they are voluble in reply. It’s one of those rare places naturally lubricated for communication.

Part of it is the foreigner novelty, but not all. One time I was sitting there observing the scene when an artist decided he wanted to draw my likeness. He worked and worked. A crowd formed. It became a minor cause celebre. After he was done, he wouldn’t accept money for his efforts. Here it is below: 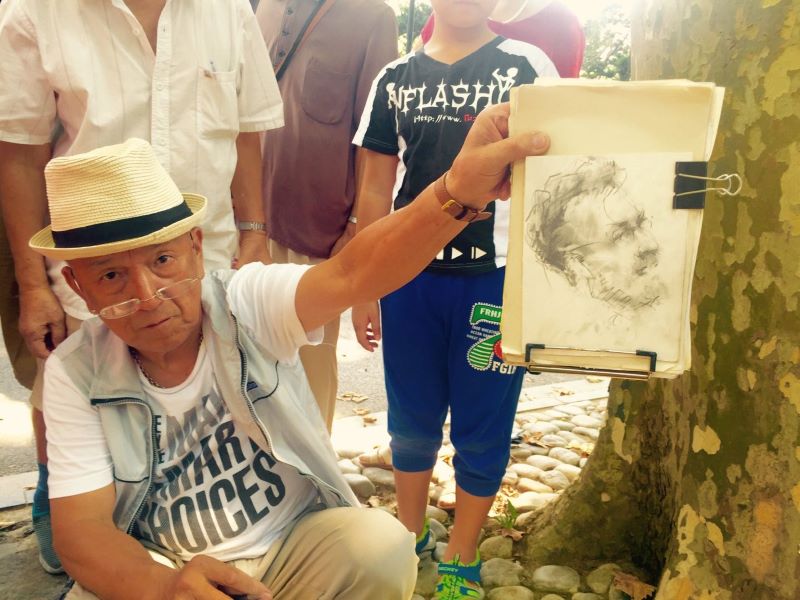 On my most recent visit I fell into conversation at the teahouse with two old ladies dressed to the nines and posing for photos. Turns out they were primary school classmates over a century ago and were out to enjoy themselves. Many of their classmates, they told me, “已经走了”. Here I am with one of them: 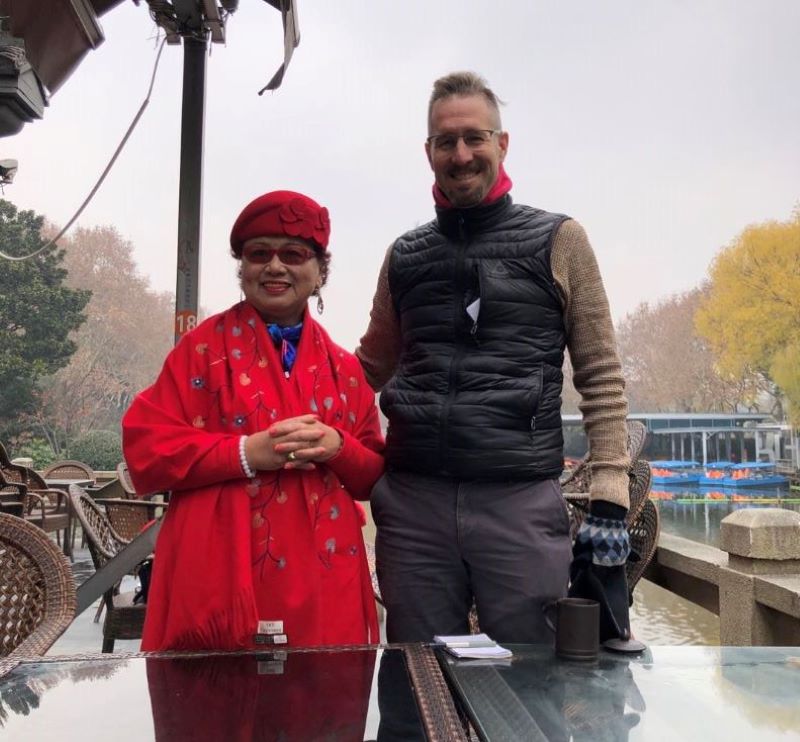 You can say it’s a good place, but it’s really a place of goodness, a not-so-quiet-but-completely-under-the-radar celebration of all that makes Shanghai — and specifically the older generation of Shanghainese — so incredibly decent. It’s commonplace to trace this musical communality back to Cultural Revolution childhoods spent dancing, singing and 活动-ing together. Maybe that’s so. Regardless, I tell myself that if Lu Xun Park ever ceases to be Lu Xun Park, then I will know it is time to leave this place for good. But I don’t see that happening any time soon.

And somehow this all fits perfectly well with Lu Xun, the artist he was and everything he stood for. Lu Xun Park then is a musical path worn through the silence made by the accumulated sounds of people. Including me. 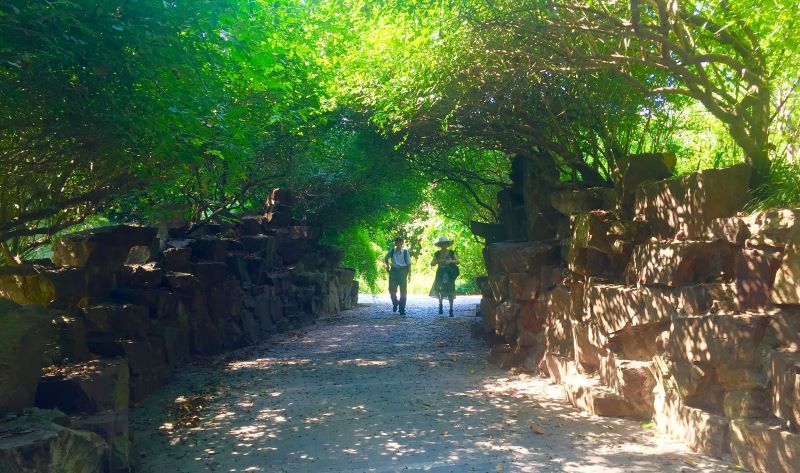 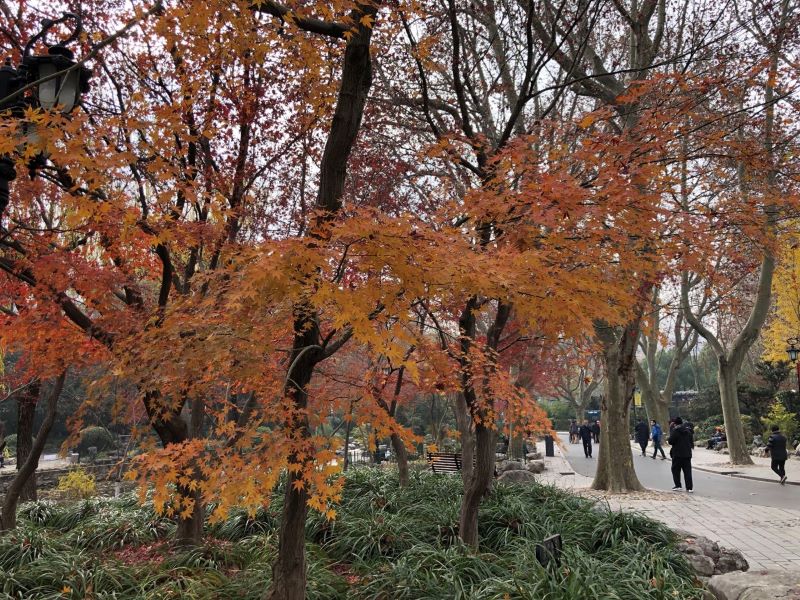 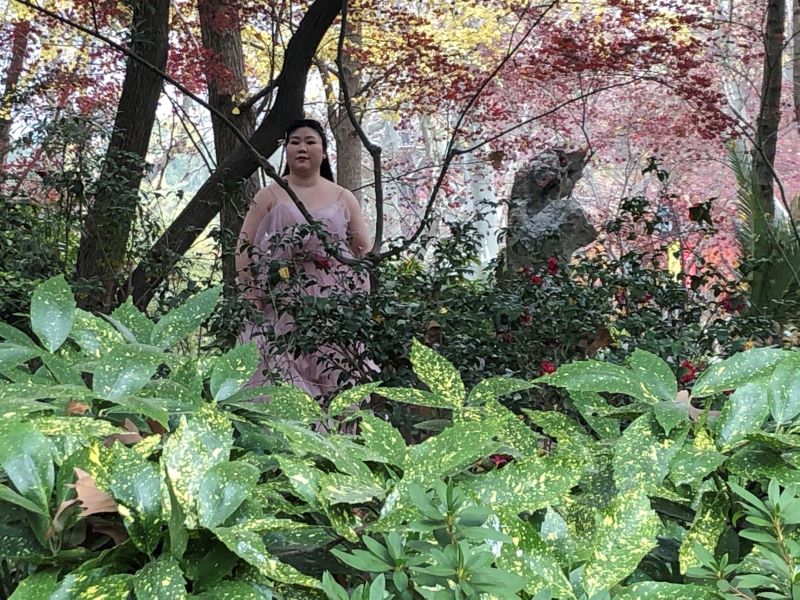