There’s a new Chinese movie out – Wandering Earth. Chinese people are pretty excited about it. It made a bajillion RMB during Spring Festival. It’s currently the second-highest rated film on Douban. It’s been written about extensively by Western media, which unanimously crowned it “China’s first sci-fi blockbuster”. It accomplished the rare feat of uniting both Western film critics and Chinese government officials in praise. Intrigued, I went to see it. I did find something very interesting in it, but not what you might expect.

END_OF_DOCUMENT_TOKEN_TO_BE_REPLACED

December 13, 2017 marks the 80th anniversary of the Nanjing Massacre. Not much noise about it so far, not even appreciable uptick in Baidu search, but that should change now that the Party Congress is over. At least there will be buzz surrounding the re-opening of the Nanjing Massacre Memorial Museum which has been closed the last four months for “renovations”.

I reckon by now pretty much everyone is familiar with the facts. Over the course of six weeks the Central China Area Branch Army of the Imperial Japanese Army sacked Nanjing, killing 40,000-300,000 Chinese civilians and perpetrating 20,000-80,000 rapes, depending on whom you talk to. Babies were bayoneted. Old people were slaughtered. It was a bad time, a grim time, a low point in a century not short of low points.

For shocking survivor stories check out this website. If that’s not enough, then watch Lu Chuan’s 2009 film Nanjing: City of Life and Death (it’s on Youtube). It’s fictionalised, but punches you in the gut. There’s a scene where, score by score, Chinese men, hands bound, are herded into a corral and machine gunned into oblivion. In another scene a little girl is tossed out of the window while her father watches. In another a woman is raped until she becomes a raving lunatic. It’s horrible, horrible stuff.

Despite all this, the Nanjing Massacre remains controversial. It’s not so much the facts that are in question – mainstream Japanese historians don’t dispute them – it’s their representation, or lack of, that causes the problems.

END_OF_DOCUMENT_TOKEN_TO_BE_REPLACED

Recently I’ve been thinking about Macbeth. Mainly because back in March I went to see Sleep No More, a new play here in Shanghai, and I read somewhere that it was loosely based on Macbeth. Having seen it I can tell you that I don’t see much connection at all. But at least it got me back to Macbeth, which I consider to be one of Shakespeare’s most important plays and possibly his most puzzling.

END_OF_DOCUMENT_TOKEN_TO_BE_REPLACED

Here’s my book! Okay it’s really a novella – a love story set against the backdrop of the Shanghai metro. I’ve already moved about 50 copies and the response has been satisfactory so far. It’s illustrated by photos from Tom Carter, photographer behind one of the my favorite China photo books, China: Portrait of a People. You won’t find any foreigners in this book, just Chinese people. And I wager you won’t look at the subway the same way again. 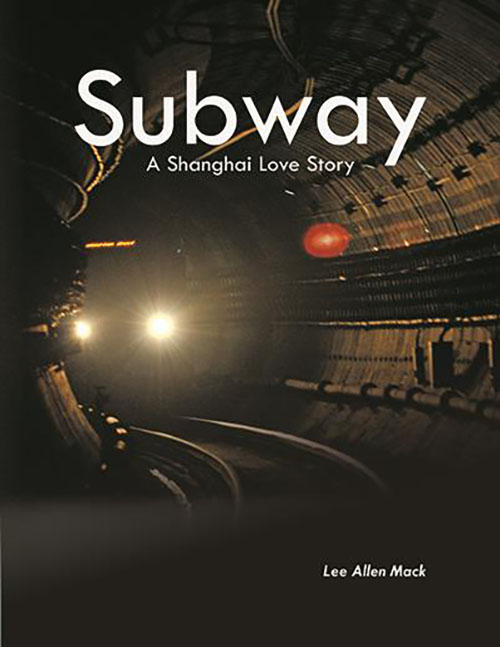 I’m selling copies for RMB100 – which is just enough to cover production costs – plus shipping if you need it shipped. There’s no e-version of this one. Each comes numbered and signed. Support your local arts!

Email me at leeallenmack@gmail.com or you can message me through my Wechat OA – ConfuciusSez. 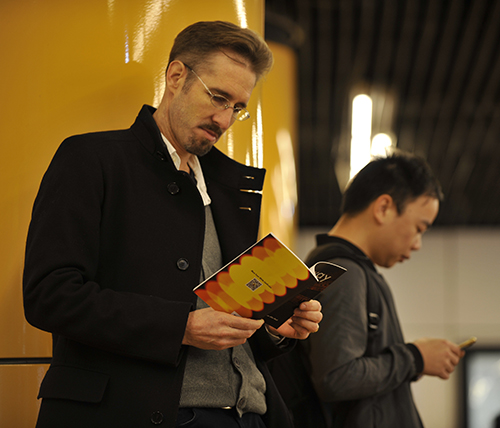 END_OF_DOCUMENT_TOKEN_TO_BE_REPLACED

It’s surprising no one has ever titled a book “Sexpat.” Certainly this book has been lived many times all around the world, especially in China. Plus it’s a much better title than Shanghai Cocktales, the recently published memoir which was reviewed–and slammed–this past week on Beijing Cream. It reminded me of that simmering desultory debate about writing about sex in China.

END_OF_DOCUMENT_TOKEN_TO_BE_REPLACED

2015 marked the 6th INTRO electronic music festival and this year was easily the worst of the bunch–a big step back. It wasn’t so much a music festival as an excuse for selfies. It left me wet and puzzled and wondering where has China’s most important EDM festival actually gone in the last 7 years? Let’s hit the rewind button.

END_OF_DOCUMENT_TOKEN_TO_BE_REPLACED

In Chinese film circles these days a script is going around: a sequel to Farewell My Concubine, I kid you not. I heard about it from someone who heard about it from Chris Berry who had seen the script. I haven’t layed hands on it yet, but after some poking around I came across a one page synopsis which I re-publish below.