This is not a China post, even though this is a China blog. It’s a post about the vicissitudes of life, inspired by the fact that even after 16 years in China I still sometimes stop in the middle of things, look around and wonder: how the hell did I end up here? On the page it seems like a rhetorical question, but there really is an answer. All the little occurrences over time wound me through a maze of possibilities. But some of those occurrences loom larger than others. Going to Memorial Park Middle School, for example, is one of them.

I attended Memorial Park Middle School in Fort Wayne, Indiana for three years, from 1985 to 1988. It’s a magnet school, at the time a fairly recent concept in American public school education, where kids from all over the city are collected together and taught under some kind of aegis. For MPMS it was “the arts.” Before that I attended neighborhood elementary school. Only recently did I learn that over the years, Memorial Park has built up something of a national reputation. My Harvard classmate who reviews applications for Princeton recently told me he’d seen the school turn up enough times to be noteworthy.

It wasn’t my idea to go to Memorial Park, it was my parents’ idea. Like any kid, I dreaded the idea of leaving my friends and going to a totally new school. I recall one evening going to an open house there in a small auditorium which was hosted by a vice principal, Dan something. We sat in the darkened room as he told us some things about the school and its students. He mentioned that two of the students were collaborating on a novel. I have never forgotten that. Maybe  that one simple statement is why I went along with my parents’ suggestion. But there’s more to it than that. In later years, the school became popular and a lottery system was instituted. Though there’s some question whether I had to go through a lottery or not (no one can seem to remember), it was a fact later on. So in autumn of 1985 I became a Memorial Park student, forever altering the course of my life.

One or maybe two other kids from my elementary school went on to Memorial Park, one was JB Phillips who ended up being the kid I went to school with the longest–4th grade to 12th grade. But what I really remember are the friends I made at Memorial Park–Greg Lyng, David Agnew, Matt Dance, Ezra Still. There was another guy around–Zack–whose last name I forget. Basically we spent the three years having weekend sleepovers playing role playing games, mainly Advanced Dungeons and Dragons and a superhero game called Champions. Agnew was into Teenage Mutant Ninja Turtles, but I never was. I still have my AD&D books in a box somewhere–Dungeon Master’s Guide, Monster Manual I & II, Fiend Folio, Oriental Adventures. I even remember the character that Greg used to play–Borealis Foxbane, a half-elf paladin. 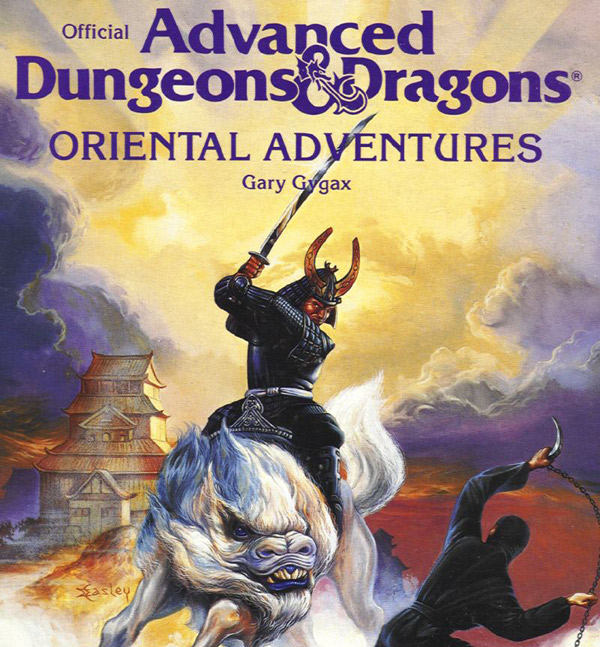 We got pretty deep into AD&D, frequenting hobby shops and buying 20-sided dice and just generally being weird and hilarious and anti-social. The campaigns we made for each other got more and more involved. We bought pencils and huge sheets of cream-colored construction paper and made elaborate maps straight out of Middle Earth–The Sea of Infinity, Moors of Sadness, The Impenetrable Forest, Dragonslair Village, etc etc. We’d stay up all night hand drawing maps, enriching our characters with vorpal swords, priceless rubies and magic scrolls, laughing like crazy over iconic Role Playing Moments. We got so into AD&D that one Saturday we paid ten dollars to play in a tournament held at the public library. Our douchebag slob of a Dungeon Master literally killed us off after 30 minutes and that was the end of competitive D&D for us.

Champions was pretty much the same deal, but set in some sort of Marvel comic-like universe. You’d equip your character with powers and let them loose. But what was really cool about it was that you got to draw the character using a couple of templates. We spent as much time detailing the various superhero power suits as campaigning. We wondered if there was any chance that we might have latent mutant superpowers which would someday be revealed. 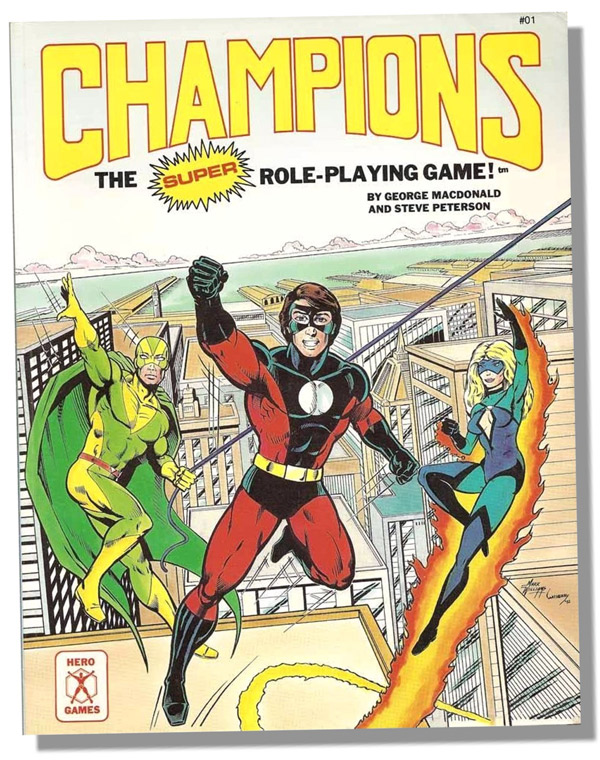 I got deeper into writing during those years. In 7th grade my English teacher–Mary A. Dick (for real)–had us do a lot of creative writing, not just journal stuff. I remember making friends with this kid Andrew Neltner. We were both into Stephen King and we would write long involved prose poems shot through with darkness and terror. Birds flying endlessly through gray skies unable to land. Laying in bed and hearing footsteps creaking up the stairs and down the hall stopping outside your door even though you knew you were alone in the house. Old men crying inexplicably. We would write stuff, then swap it to read and critique. He even did a recitation of one of my poems in our Drama class.

I don’t remember the drama teacher’s name, but I can picture her face and her mass of black hair. She was pretty and sophisticated and wore cool clothes. I remember a number of teachers from Memorial Park.

There was Mr O’Toole, 7th grade social studies teacher, white hair and imposing. The first day of his class he told us a story about a man who carelessly left out a razor blade whose kid picked it up and, imitating his dad, ended up cutting up his face. “Responsibility!” he boomed. The entire first week of classes, in fact, were all stories which ended the same way: “Responsibility!”

There was Mr Geiger, the practical arts teacher (shop class basically), who taught us to use a jigsaw. Every year, he and Mr. Grimm, the phys ed teacher, would organize the Bike Hike, which took place on a Saturday and ran from from the school to Chain O’Lakes park (28 miles! quite a ways for a kid of 12). He rode a custom-built recliner bike with flags mounted on it.

Mr. Whitlock was the music teacher. I was terrible at singing, but I’m pretty sure my love of musicals is because of him. In 6th grade we put on Nickelodeon (“Put another nickel in/In that nickelodeon/takes you where you’ve never been”), in 7th grade it was Oklahoma! (“where the waving wheat/can sure smell sweet/and the wind comes right behind the rain/and where we say/yip ie oo ee ayyy/we’re only saying you’re doing fine Oklahoma/O-K-L-A-H-O-M-A/Oklahooooooooma/Yeah!”) and then in 8th grade it was Hooray for Hollywood (“hooray for Hollywood/where you’re terrific if you’re even good/where everyone from Shirley Temple to Amy Semple is equally understood/go out and try your luck/you might be Donal Duck/Hooray for Holl-ie-wood”).

Mr. Murray was the science teacher–completely bald with a big beard–and a huge HAM radio enthusiast. We had tons of extracurricular activity options and I chose amateur radio. WD9ITM–whiskey delta niner india tango mike–was Mr Murray’s call sign. He would tell us about chatting with truckers late at night. He taught biology and gave us our first lessons about a new disease called AIDS which terrified us.

And then there was Charlie Sheets, 8th grade social studies teacher. He’s the teacher that had the most impact on me. It’s surprising that I can’t find any information about him anywhere on the internet. He died around 1990, not long after I graduated from Memorial Park, after a long and storied teaching career. I figured there would be plenty of other remembrances of him out there. I couldn’t even find an obituary. “Justice,” he intoned to my class. “What is justice?” He wouldn’t accept any easy answers. It was the first time I remember thinking philosophically.

Beyond that, he represented something. Another age perhaps. White hair, bristly moustache–he was one of the last of those classic educators who taught in classrooms where boys wore button-down shirts and payed attention. He commanded respect without demanding it. Needless to say, he was “Mr. Sheets” to his students. He became an iconic figure for me, and others as well. Me and my friend Ezra used to call him The Boy. After he died, he became The Legend. Once he was caught in a convenience store hold-up and had a gun to his head. To get through it he hummed classical music.

I don’t remember who the principal was. I only remember the vice-principal, the same one who gave the sales pitch open house. In my 7th grade year he came into the cafeteria in a wheelchair. Nothing had happened, though, he was simply carrying out an experiment to see the world from the point of view of handicap.

Memorial Park was that kind of school. We built model rockets, we did HAM radio, we wrote epic poems. The chess club was intensely competitive. In the computer lab I hacked the code for that game Oregon Trail and changed the message which flashed on the screen when you lost or when you won. If internet had been around at that time, I’m sure I would have become a hacker. As it was I tried–unsuccessfully–to dial into computer networks from my home computer. I didn’t know you needed a modem for that.

I also started listening to decent music, like Depeche Mode and Dead Milkmen. In seventh grade I even had a real girlfriend–Kiersa Naylor. After the last school bell and before the buses left, we would meet in an alcove formed by a stair well and french kiss. Kiersa and I thought that “depeche” meant “depressed” and would say ridiculous stuff to each other on the phone like “I’m feeling depeche today.”

Somehow these isolated remembrances fail to tell the whole story. Memorial Park put me on a completely different path. Without it, and the new horizons it brought me, I can’t see myself ending up in China today. I fear I’d be just another strangely empty Facebook page.

And that is another reason why I wanted to write this: there’s hardly any internet footprint of that time. After Facebook was blocked in China in 2008, my feed got overrun by high school classmates and long lost family members. The 1980s remain stubbornly resistant to the second life offered by the internet. That’ll change in dramatic ways some day, when bandwith becomes less important than imagination. I remember so many names from middle school, but couldn’t track down hardly any of them online. Either they matured before Facebook became all-important as the new white pages or they disappeared into married names.

So this is a digital footprint. The rough outlines of the past, the present and the future. And an ode to a school that deserves one.

One thought on “Memorial Park Middle School: An Ode”