Gone with the Bullets was particularly was disappointing because it was directed by Jiang Wen, one of the few mainstream directors respected by Chinese intelligentsia. I’ve heard more than one smart film person say to me some variation of: “If all Chinese directors were like Jiang Wen, things would be much better.” In other words, he’s a role model. First, he’s not prolific, making only 5 films since 1994. Second, he’s very Chinese, a criticism often leveled against 5th generation directors like Zhang Yimou. Third, his material is significant, meaning it almost always touches on political/social issues, differentiating him from directors like Feng Xiaogang. Finally, he’s not allergic to box office, unlike say Jia Zhangke. If I had to compare Jiang Wen to an American filmmaker, I might go with Terence Malick. 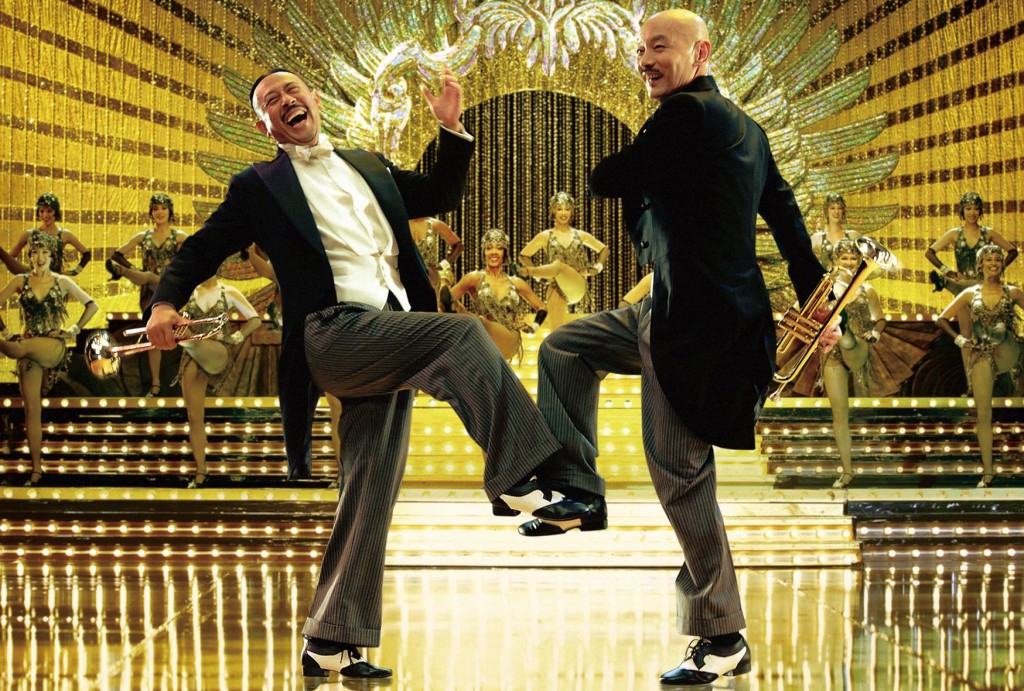 But this new film is a disaster and the main failing is the editing. Cut, cut, cut…pause…cut, cut, cut…pause…repeat. It makes the pastiche of parodies, references and in-jokes that only Jiang Wen and his pals could possible get seem like the brain waves of an ADHD teenager on prozac. You could get fancy and try to cut a national allegory out of that, but you can’t escape that it simply ends up as a bad film. A pity. It’s his first attempt at an Shanghai movie. Stick with the 北方, Jiang Wen.

Tsui Hark’s Tiger Mountain is puzzling. It’s a Cultural Revolution classic redone as an adrenaline pumper. Hark is a credible director when he sits squarely in his genre. This one should have been a no-brainer. But he adds in a bizarre frame story with a modern day Chinese guy living in New York City returning home for Spring Festival. The film opens in a KTV in New York City for chrissake. And the film inexplicably keeps cutting back to this frame story.

Even if you can stomach that, the action disappoints. The first battle scene employs those really poor special effects to make the blood gush which seem to dog the entire Chinese film industry these days. You can almost imagine the SARFT censor: “Make the blood faker, we don’t want the illiterate masses to think real people are dying, because our poor peasants are still unable to tell the difference between fiction and reality.”

I’ve watched enough Chinese and Hollywood film to know that something has gone wrong with Chinese film, where a crappy throwaway like Richard Linklater’s remake of The Bad News Bears manages to be much better film than its Chinese equivalent. It’s not lack of directorial talent. It’s a combination of two things. First and most important is that scripts which are approved for shooting must be followed pretty much to the letter. No deviation allowed. This creates a mechanical filming experience where no other artistic visions enter into the equation. If you’ve ever made a film, you’ll know that casting and storyboarding can only get you so far. The magic has to happen on the set and that magic takes you in unpredictable directions. Second is China’s distribution monopoly. You can make a fine piece of cinema art in China, but if you’re not in with the distribution mafia, it’ll never see the light of day. Conversely, if you are in with the distribution mafia, because standards are generally pretty low you can be almost assured of making your money back. That’s reality in Chinese film today.

Which brings us to Wolf Totem. This ends up being a pretty good film. There are no heroes, except maybe the wolves. And this is largely because the director insisted on using actual wolves, not dogs which looked like wolves dressed up with gaudy CG effects, as was initially suggested to him by the Chinese backers. The director stood his ground. They spent two years rearing the wolves just for this film and the results are obvious.

Nor does the film pander to typical narratives. The sent-down youth who becomes obsessed with the wolf doesn’t wear himself out teaching locals about Mao’s thoughts–he doesn’t even try to. Nor do the locals manage to teach him deep truths about anything–they are too busy selling out their future for new transistor radios. The local party apparatchik is alternately dick and incompetent fool. And–even more interesting–he knows it. Nor is the party cast as being evil, it’s just kind of handcuffed. The film ends up being about an unstoppable cascade of disasters which play out on ecological and personal scales. 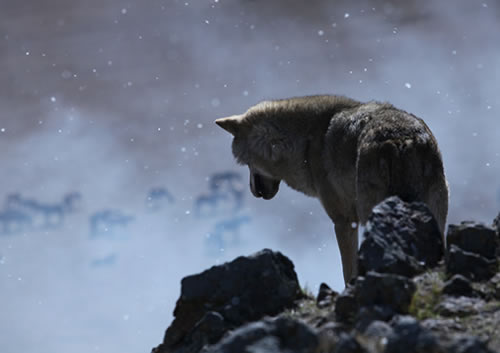 The personal side is represented by the main character’s obsession with the wolf he rescues and raises. Everyone tells him it’s a stupid idea–the nomad elder, his sent-down youth pal, everyone. Even as he faces the disasters he has precipitated, he hangs on with appalling stubbornness. In fact, basically, he is a bit mentally deranged. This is a very interesting theme which should be explored much more. No doubt this happened to some sent-down youth: torn from families, friends and ideological context some of them must have gone off the deep end. Mental illness remains a more or less taboo subject in Chinese literature and art. As if Chinese people never went crazy. If you live in China long enough, you know that’s just not true. There is so much anxiety, depression, and addiction here. And pure craziness too. Much more than people let on. That’s also why Zhang Yimou’s most recent effort Coming Home, was interesting–it’s much more about mental illness than the Cultural Revolution.

Wolf Totem also provides a nice twist on the xungen (寻根) literary movement of the 1980s. To simplify it considerably, you can say this literary movement was about rediscovering tradition after the Cultural Revolution had wiped it all away. Often that came in the form of ethnic minority encounters. Tian Zhuangzhuang’s 1986 classic film The Horse Thief is a good example. Whereas that film set in Tibet inscribes the importance of family and community on the gorgeous landscape, in Wolf Totem everything feels doomed–people, community, everything is tinged with hopelessness. Tengger, the great spirit of the grassland, is cast as an ecological force largely separate from the human madness playing out below. Counterpoint to that is a tacitly referred to hunger gripping Chinese cities. Chinese civilization itself is implied to be the destabilizing force.

Some people–academics mostly–will be intrigued or perturbed by the fact that a foreigner helmed the film (Jean-Jacques Annaud who also filmed Seven Years in Tibet). But it doesn’t matter. The constraints working for or against any director in the mainland market are the same.

The reviews of Wolf Totem aren’t exactly glowing. Variety bemoaned its “familiar environmental allegory.” True. In the west radaring in on how we are fucking up the environment is old hat. But in China, unfortunately, it is new to sketch out the reasons behind it, not just pull some easy heartstrings like Feng Xiaogang did at the end of Personal Tailor.

Fact is, China has lost one of its deepest traditions: ecological awareness. Wolf Totem won’t get it back–and it might never come back–but at least there can be a collective acknowledgment of its passing.

One thought on “Wolf Totem and the State of Chinese Film”