Recently I’ve been thinking about Macbeth. Mainly because back in March I went to see Sleep No More, a new play here in Shanghai, and I read somewhere that it was loosely based on Macbeth. Having seen it I can tell you that I don’t see much connection at all. But at least it got me back to Macbeth, which I consider to be one of Shakespeare’s most important plays and possibly his most puzzling. 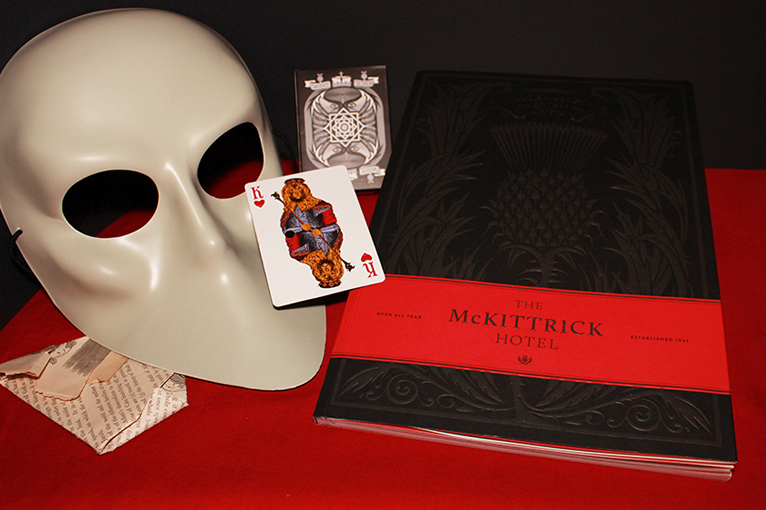 Macbeth, when he first encounters the witches and hears their prophesy that he will be king, responds with this, “To be king stands not within the prospect of belief.” But a few pages later not only has he fully embraced the idea, he’s committed himself to murder in order to achieve it. The bulk of the play is about the consequences of this decision – the descent into madness and destruction. In that regard it’s not too different from typical morality plays – actions have consequences and those consequences are truly terrible, plebeians, be warned!

But Shakespeare brushes over a most interesting part of the play – Macbeth’s inner journey from hero to traitor. How he has to wrestle with the destiny set before him and weigh the possible paths to get there. How he has to look inward and outward to make sense of things, to assess them and himself and come to a decision. This is where the real action is. It’s an epic in itself. But in the Macbeth we have received, Duncan is dead by the beginning of Act 2.

Macbeth was certainly not without doubts about the whole thing. As late as the final scene of the first act he tells Lady Macbeth very clearly and firmly, “We will proceed no further in this business.” But after a little back and forth with his wife, Macbeth announces he is “settled to the task.” He waffles like this for the better part of Act 1 where Shakespeare serves up an array of potential motivations, examines them perfunctorily then drops them. Let’s review.

First there is the prophesy of the witches. “To be king stands not within the prospect of belief, no more than to be Cawdor” is Macbeth’s response. Significantly though we are not led to believe the idea had never occurred to him, rather that it was an ambition without much hope behind it.

The next significant moment comes in the same scene, an aside which begins, “Two truths are told…” Here Macbeth uses reason to understand the ambition awakened by the witches – is it a good thing or a bad thing? he asks. Ultimately he concludes – in perhaps his most lucid moment – “If chance may have me king, why chance may crown me without my stir.” Do nothing, do something – it’s all the same.

In Scene 4 which follows we find his rationality still at work as he identifies the Prince of Cumberland as an obstacle to the crown. Only this time it’s not cast in terms of the prophesy, but as something coming from within him – “Stars hide your fires: let not the light see my black and deep desires.”

The next scene we meet Lady Macbeth. She fully embraces her husband’s ambition. Her only concern is that he is not up to the task of cold blooded murder. So she implores the spirits to rid her of the barriers which would ordinarily hold back a person from employing any means necessary to achieve a goal. When Macbeth shows up, she broaches the plan quite directly. But Macbeth is suddenly not so sure, saying vaguely – “We will speak further.”

And then we have fateful Scene 7. This is where Macbeth flip flops from “we will proceed no further” to “I am settled.” How now? What has happened? Not much. Lady Macbeth has called her husband a coward. In the end we are left with the rather unsatisfying impression that Macbeth kills Duncan just to shut up his wife. Hardly fitting for high tragedy.

But a few details lead us further in – the letter for example (or letters according to Lady Macbeth). And then there is this stray fact – Lady Macbeth tells us (Scene 7, Lines 51-52) that it was Macbeth who first articulated the plan to kill the king rather than Lady Macbeth thinking it up independently as the text would have us believe. Was the plot to kill Duncan contained in one of the “invisible” letters?

What was Macbeth thinking when he sat down to write the series of letters sent over the course of days or even hours using couriers with swift horses to ferry letters back and forth as would have been common at the time for a nobleman. From the fragment of letter we are privy to we learn that Macbeth is very close to his wife and wants her to share his joy over this monumental piece of news – kind of like being promised a big promotion at work and then immediately texting your friends about it.

But the letter fragment also begins with a pronoun – “They” – implying there was more before it. We can surmise then that over a series of fevered letters Macbeth related the outcome of the battle, the fall of Cawdor, the transfer of Cawdor’s title to himself, the prophecy of the witches, his nascent ambitions. We have to assume that he also broached the idea of killing the king not realising that this would set into motion the play’s tragic denouement.

There is much left unspoken in Act 1 and much which is hinted. And this is where the real drama lays, at least for contemporary readers – the drama of a mind grappling with good and evil, torn between fighting against destiny and giving in to it.

Macbeth raises a number of specific arguments against the proposed murder.

In sum it’s a pretty good picture of the psychological dimensions of guilt.

But what of the flip side? His reasons for doing it are not as many nor as clearly articulated. We learn that he has ambition to be king, that he wants to make his wife happy, that he wants to stop her nagging. But there must be more to it, otherwise the rest of the play lacks true dramatic power. So I did some digging – flying to the UK to dig through the papers in the Shakespeare Archives where, to my surprise and delight, I discovered a lost segment of the play from Act 1, Scene 7 which Shakespeare for some reason did not include in the final folio edition of the play. Here it is, restored to its proper place.

Macbeth: If we should fail?
Lady Macbeth: But what if we should succeed? Have not the sisters prophesied as much? Why dwell you so in blackest doubt? Raise thine eyes to destiny recently bequeathed. There above shines a light from the golden round. Can you not see it as well as I?
Macbeth: Forsooth I do. But what of Duncan? The light doth shine on him and him alone at present.
Lady Macbeth: Has it always been thus? Shall it always be thus? Is Duncan more or less a man than any other? Whereby did he receive his regal dressing? Magic inspired or by heart desired? Think you on it. Duncan by your own word is a worthy king. Generations back an ancestor wrenched crown from another’s cold hand. Do not all acknowledge it as a just means to present ends? And verily is Duncan so great a king as all vouchsafe? Despite kindly air, rebellion grows in the land, emboldening even the King of Norway to make martial foray. How do these be not related? Many despise accursed action, but some will not and more will turn as flock follows the fold. Great poets write glorious words to meet glorious cause and shall inspire the land with words as yours inspire me.
Macbeth: ’Tis true, ’tis true all you say, but still my hand stays itself.
Lady Macbeth: Curse then myself woman-born. The honey of my tongue is run out. Only this do I have to add – why should you not be king as the sister prophesy? Kings there were before and kings there will be after, by your blood or another, what matters it? Seize the moment to write your names – Glamis, Cawdor, King – in the firmament where none shall eclipse it. Nature is made the same as man is unmade.
Macbeth: Bring forth men-children only…

The rest proceeds as we know it.

The restored fragment introduces a psychological layer that breaths life into Macbeth’s moral dilemma and completes the dramatic arc. Whereas everyone else sees the moral order as part of nature extending infinitely in all directions, Macbeth perceives it as an event horizon, a trick of place and perception, beyond which lays something else, something unknown.

It’s particularly modern as well. This kind of quiet sickness is the thing rotting away the insides of the world – this idea, this illusion, that you can form your own reality if you only screw up the courage. It points to a moral compass whose directions are permanently unfixed. Even if it doesn’t result in political assassination any more, it informs corporate boardrooms the world over. “Market hegemony – why not?” Today’s venture capitalists would have no problem identifying with Macbeth – he was just an early disruptor.

The rest of the play, aside from the truly sublime “Tomorrow and tomorrow and tomorrow” speech, is a let down, marred fatally by two of the worst gimmicks in all of Shakespeare – the moving forest of Dunsinane and the “born not of woman” Macduff. I’m sure it played to hoots and hollers and gasps in The Globe, but it’s the stuff of cheap potboiler rather than high tragedy.

But the “Tomorrow” speech – it’s so good, so poetic, so iconic that we forget to think about what it actually says. Spoken by Macbeth in response to the news of his wife’s death, it is one of the great statements of what we now know as existentialism. We are cheap actors on a shabby stage making a lot of noise but lost in a void without any intrinsic meaning. It’s the perfect bookend to Macbeth’s great decision – do I want to be something more than I am? It’s the answer to Lady Macbeth’s question “Why not?” – “Because there is no point.”

It’s liminal. It’s where we all are now – facing choices, weighing the options, measuring ourselves against nature. But instead of enlarging ourselves to match nature, rather we cut nature down to human size.

But what about Sleep No More? It’s also puzzling, and also in the very best way. You should see it, though I hear tickets are hard to come by. If you want a proper review of it, go here.  A mere review simply doesn’t do it justice though. How many other plays have you seen which keep you thinking 2 months on? Not many.