There are countless China guidebooks and apps on the market. None of them are particularly outstanding though all prove somewhat useful. However, the best China travel guide published in the last 60 years is without a doubt Nagel’s Encyclopedia Guide to China. It  was written in 1966 and published in 1968. Even at 1,504 pages, it still manages to be the best pocket guide to China ever published. Even better, you can still buy extant copies from used/rare book sellers. I got mine off Amazon for around US$20. 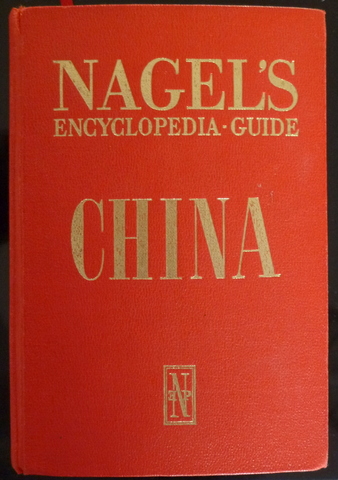 I first heard mention of this book in Simon Ley’s excellent book Chinese Shadows. Leys–one of the world’s foremost sinologists–used it as his guide when he was cultural attache at the Belgian embassy in 1971. The project was masterminded by Marcel Girard and carried out primarily by Denys and Carol Lombard who would go on to considerable careers in sinology and Asian history. They–and the other contributors–were among the first group of French citizens invited to the PRC after France restored diplomatic relations with China in 1964. You will probably never again find a China travel book genuinely aimed at travelers which was written by so prestigious a group of scholars.

The two main benefits of this book:

An example of number 1, in the Pekin chapter, is the section on Fayuan Si–a famous Buddhist temple which still stands and is still famous. Here’s what Lonely Planet tells you about it in its entirety:

“With its air of monastic reverence and busy monks, this bustling temple east of Cow Street Mosque was originally constructed in the 7th century. Now the China Buddhism College, the temple follows a typical Buddhist layout, but make your way to the fourth hall for its standout copper Buddha seated atop four further Buddhas, themselves atop a huge bulb of myriad effigies. Within the Guanyin Hall is a Ming-dynasty Thousand Hand and Thousand Eye Guanyin, while a huge supine Buddha reclines in the rear hall.”

Here is an excerpt of what the Nagel Guide has to say:

“When the Tang Emperor Taizong came back from a disasterous campaign in Korea in 645 he wanted to render homage to the shades of soldiers who had been killed in battle and founded a temple here, the Min Zhong Si (Temple for Grieving over the Faithful). The temple consisted of a little brick pagoda and a two-story pavilion and it was in the southeast corner of the Tang town. In the 12th century, Huizong, the unfortunate Song Emperor, was imprisoned here by the Jin after being captured by them at the fall of Bianzhou (Kaifang)…”

The Nagel Guide description, of course, goes on in that vein for another two pages.

The second deliverable is more important, though not in a touristy way, as it provides a catalog of things which no one will ever be able to see or experience first hand. Again from the Pekin section, we learn that there used to be royal elephant stables in Xuanwumen. These were built in the 15th century and the elephants were used to pull the emperor’s conveyance when he visited Tiantan to do obeisance. By the early 20th century they had fallen into ruin and were gone. And who knew that Ming emperor Taizong had a sepulchre just behind the Wofo Temple near Xiangshan?

In short, The Nagel Guide is a real gem. It hails from an era of travel guide publishing that wasn’t yet obsessed with banana pancakes. And of all the guides Nagel Publishers (a Geneva based publisher long defunct) put out, this one is remarkable for the time period it captures. The Nagel China guide was the first foreign language guide to China published after Liberation. In fact, it very well may have been the first in any language published.

It also makes me think of something that is necessary in this digital world–a wiki for things which have disappeared. A digital, browsable graveyard so that we don’t become completely narrowed. So we don’t forgot there used to be elephants in Xuanwumen which were ceremonially bathed in the city moat on the 6th day of the 6th month every year. 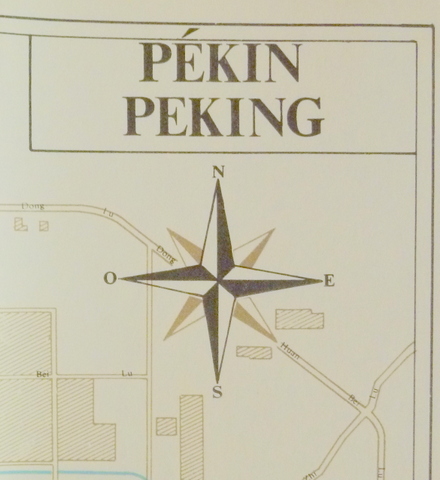 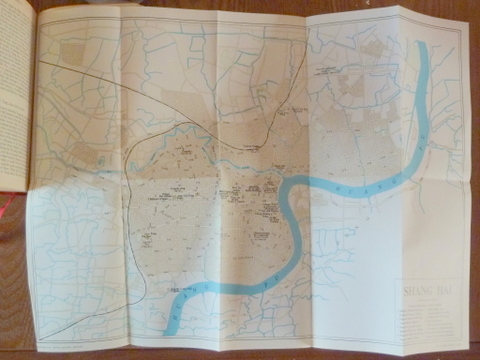 Pull out map of Shanghai 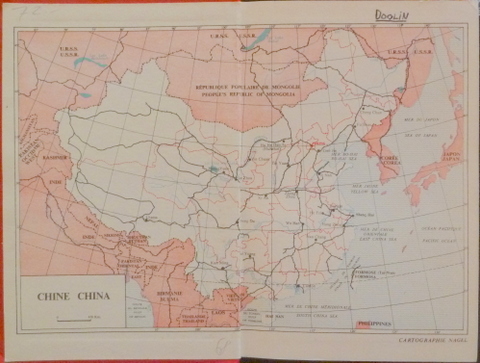 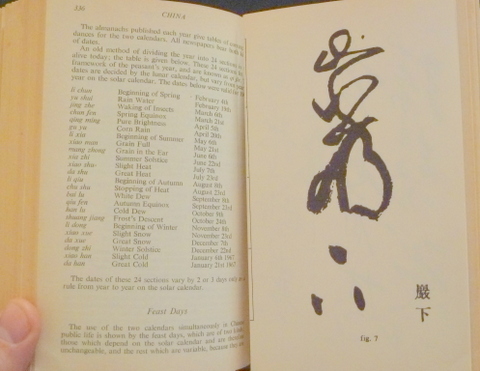 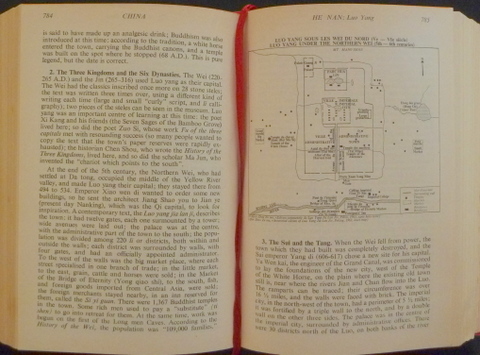 5 thoughts on “The Nagel Guide”