Turtlehead Peninsula (鼋头渚) and Lihu (蠡湖) are generally considered to the be the most scenic parts of Taihu, so I figured they deserved a whole day. Both are quite nice, though I wouldn’t count them as my favorite parts. Turtlehead Peninsula is beautiful during the day and Lihu is gorgeous at night. In sum, both together remind me favorably of Hangzhou’s West Lake. 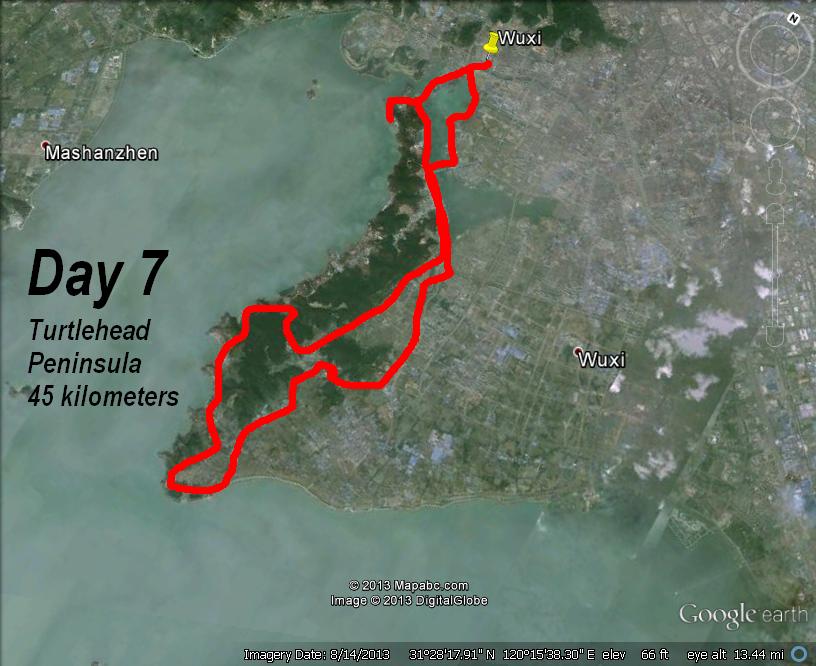 The story of this area goes back to a pair of brothers born in Wuxi at the end of Qing Dynasty: Rong Desheng and Rong Zongjing. Zongjing was the older of the two, but both were successful industrialists in flour mills and textiles. The war with Japan brought complications. In 1938 Zongjing went to Hong Kong where he died shortly afterward. Desheng stuck around quite awhile and even stayed on after Liberation. The story of this family is truly epic and you can find more about it in this book: “In the Shadow of the Rising Sun: Shanghai Under Japanese Occupation”, part of which is available on Google Books. It’s enough drama to make a great movie/book/whatever.

But the most interesting part of this family drama is that it didn’t end in typical fashion with a hurried flight to Taiwan in 1949, but it continued on the mainland. One of his sons was Rong Yiren who later became a vice-president of China in the post-Tiananman ’90s. This government post was ceremonial, but he very significantly founded CITIC, which was one of the first main vehicles for channeling foreign investment into China. He was known as one of the “Red Capitalists” who turned a disturbed nation toward the pursuit of wealth in the ’90s.

What is now Turtlehead Peninsula (and large other parts of the area) were once the private residence of Rong Desheng. In 1955, the whole lot was turned over to the government. Sometime later it became a park which now anyone can access for RMB100 (+ parking fee). And this is something important about China that ought to be reiterated: all of those random “scenic spots” that today are mostly so bland and uniform and have such poor explanations (in both Chinese and English) actually have very, very interesting back stories, it’s just whether you care to piece it together or not. A service worker at a cafe told me about the Rong Desheng connection.

Turtlehead Peninsula still quite nice. Much of it is forested. There are paths which lead up the mountain and down to the water. There’s a temple with characteristic yellow walls. In the harbor a few more genuine looking Chinese junks are moored. A pleasure boat takes people over to a little island. Four girls dressed in Ming style play instruments and try to look as coquettish as possible in a little pavilion. If the weather cooperates you can get a heck of a sunset here. There is also a very interesting old style residence dedicated to orchid conservation. In another part, a whole hill is planted with rare plum trees. 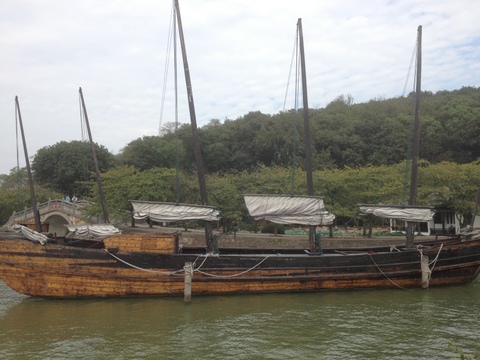 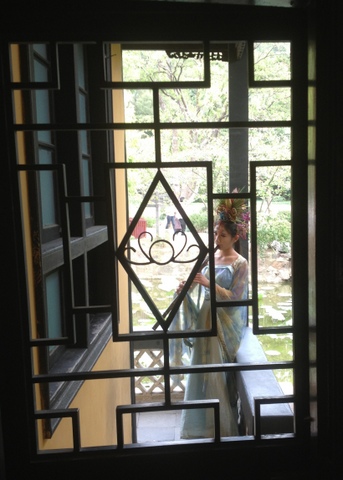 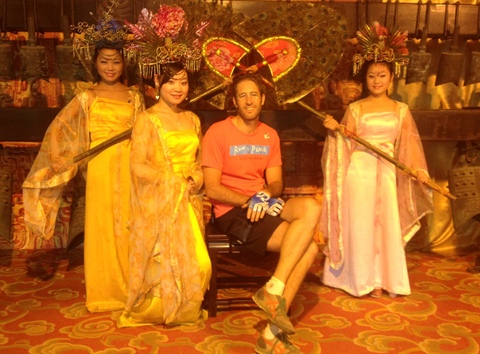 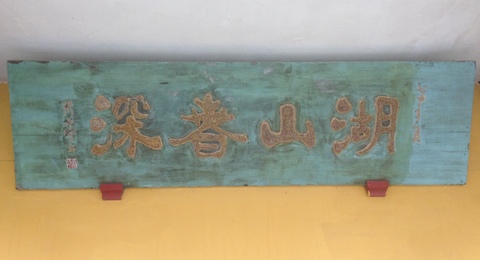 I spent a few hours then pushed on south, determined to make it to the very southern tip of the peninsula. After you leave the park, it turns rural–orchards, fishing villages, forested hills, not much traffic. There are two big exceptions, though. CCTV built elaborate sets here on the coast for filming TV adaptations for both Romance of the Three Kingdoms and Outlaws of the Marsh. They are big tourist attractions and the buses pack the tourists in and out every day. For RMB150 you can see them both. I didn’t stop.

I did stop a few km later at what must surely be an abandoned film lot (see below). It looks like someone set about building a replica Forbidden City before abandoning the project for some reason we will never know. 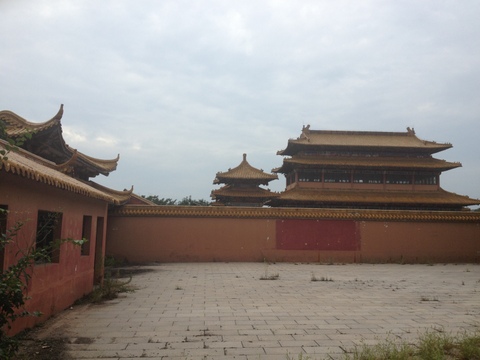 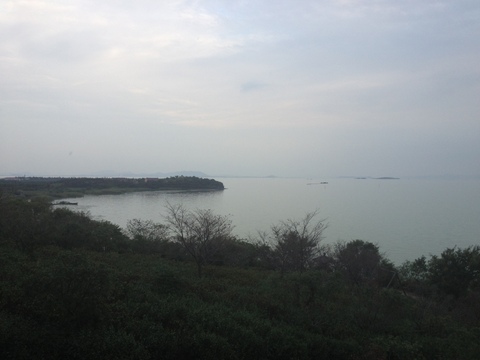 View from the far southern tip of the peninsula

I hit the tip then swung around and kicked back toward town. Night fell as I arrived at Lihu. It’s lit up with those blue and pinks and greens that you’ll only find in China. The pagoda at the top of Chongshan is lit up with a million brilliant lights. Garish, yes, but it works somehow like a string of fake jewels around the neck of a fabulous drag queen.

The Wuxi side of Lihu has a really nice series of connected walkways that edge the lake along with a few restaurants. I stopped at one–one of the most gorgeous restaurants I ever eaten at–and had the chef’s set menu for one at a table on the back terrace. I love rolling up to a fancy hotel or restaurant on my bike. It really confuses them. When I told them I wanted a table for one, they were really at a loss. Anyway, it all worked out. The whole restaurant is full of replica antiques. I imagined Rong Desheng, sitting in his mansion, staring at the lake, alone. Whatever, he was probably surrounded by his singing girls. I would be.

What I learned today:

1. Turtlehead Peninsula is worth a visit

2. Every place has an interesting back story, you just have to ask

3. If you know what you are looking for, eventually you will find it

Tomorrow, I leave Wuxi and head further south. I’m only 60km from the end point which was also the beginning point. But first an important detour to Xishan…