It poured rain today. Of course it did. It was demoralizing to say the least. Nonetheless something greater than me compelled me on and I got everything together, threw on the rainproof cover, and set off. I took the Minsheng Lu ferry to Puxi, then followed Suzhou Creek through the city. I got lost many times. 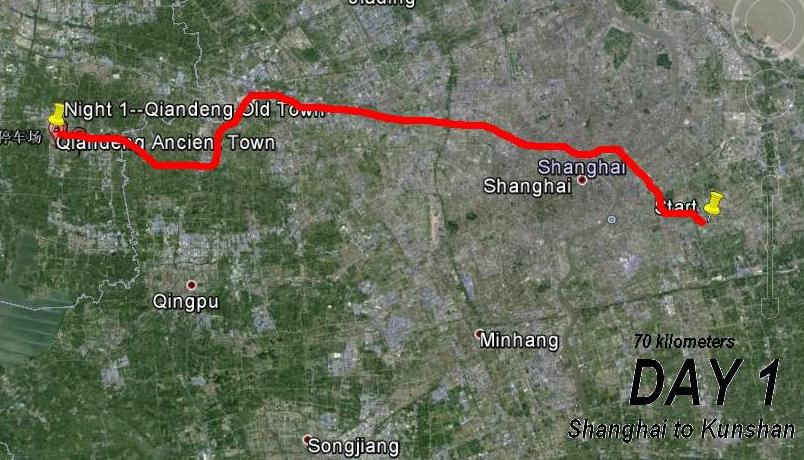 Only two times did I think about turning back. One was around Shimen Erlu, my old neighborhood. It was absolutely pelting down. I thought very clearly: “This is stupid. Why am I doing this. I should go back and leave when the weather’s better.” I kept going.

The second time was in Anting about 50 kilometers from my starting point. It was raining even harder. My feet as they pedaled dipped into the water streaming in the road. It was warm. I was miserable. I passed a Crowne Plaza by the Anting Auto Expo Park and imagined the room, the shower, the decent food. I kept on. After getting lost in huge gongdi, I finally had had enough and stopped at the first place I saw with shelter. It was a restaurant and they very nicely served up a plate of eggs and tomato and rice. After 30 minutes it stopped raining.

It took me about 6 hours total to reach my destination–Qiandeng Ancient Town very near Kunshan. I arrived around 4pm. Not too exhausted actually. About 70 km total.

1. If you are looking at the prospect of rain–buy Ortlieb panniers. My set up is okay, but just not good enough in the face of a typhoon.

2. Don’t try to ride next to Suzhou creek anywhere. It’s a huge waste of time. Just pick a line on some decent roads which will get you there quickly and pedal.

Tomorrow: 60 km to Taihu and then another 25 to the tip of Dongshan.

Setting off in a rain storm–yes I am wearing sandals and swimming shorts and that was the smartest thing I did all day. 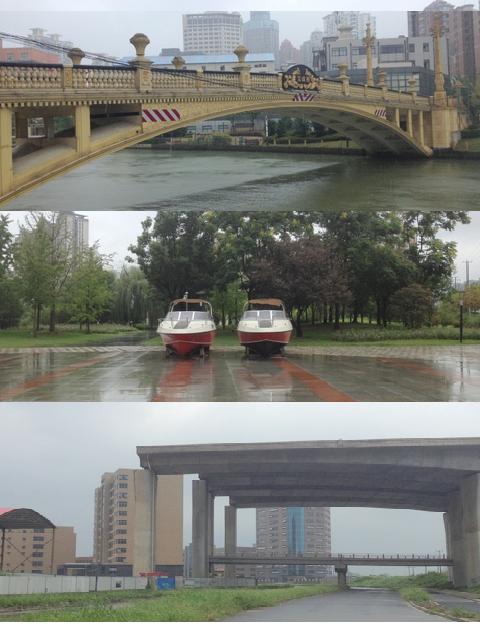 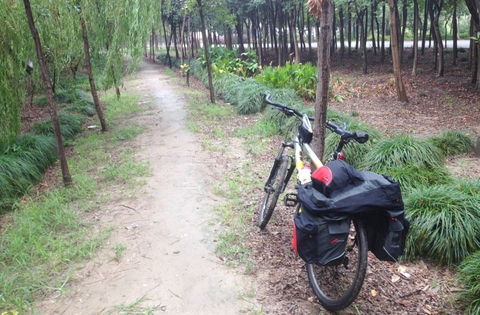 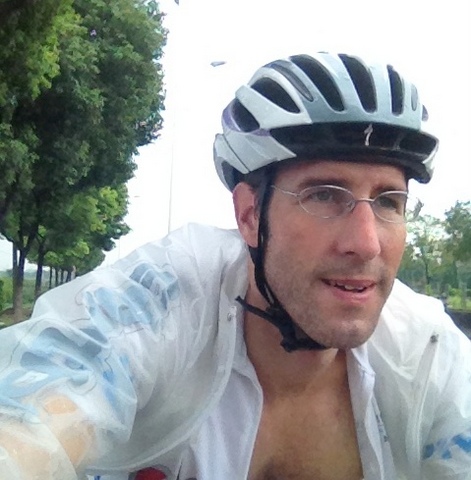 A cycling selfie–I look a bit like Froome I think 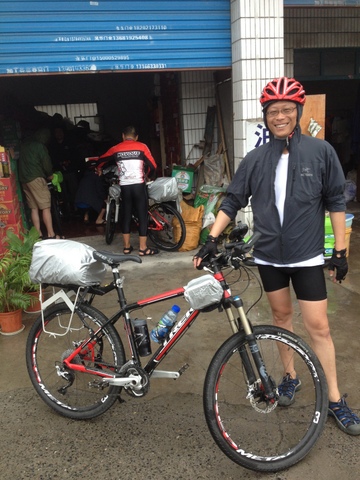 The best part is meeting other people doing similar things! I ran into this group of Shanghainese guys heading back to Shanghai after cycling around Jinji Lake