I’ve lived for a long time in both Beijing and Shanghai and within the last couple of weeks have had classic nights out in both cities. Since expats are continually comparing the two cities, I thought I’d write up what a classic night out means for me in Beijing and in Shanghai. 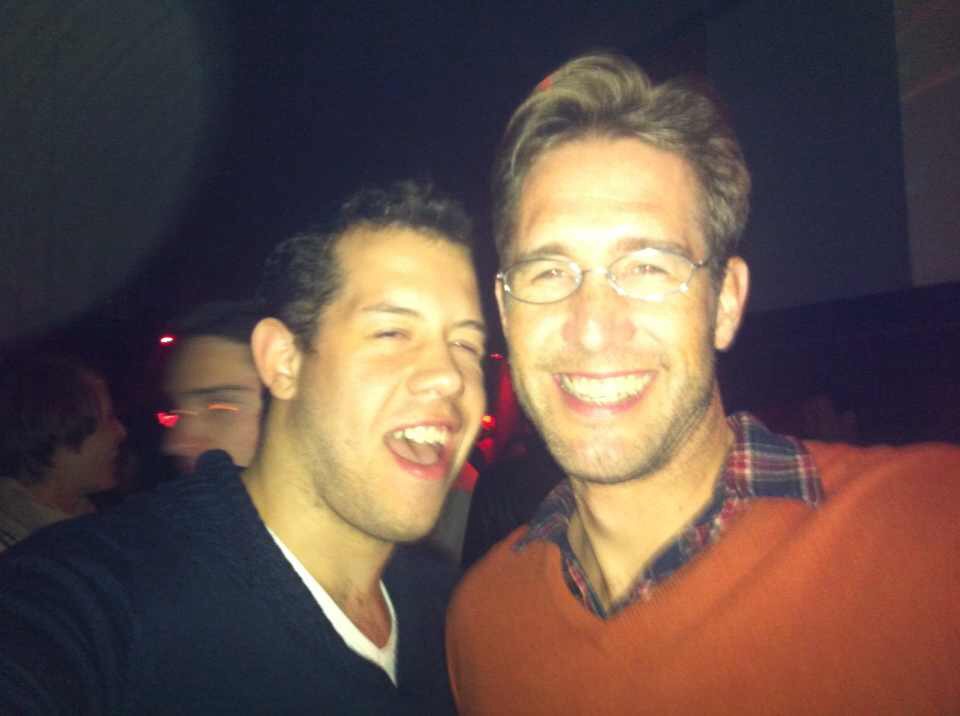 The night starts in Sanlitun, Village North and Colibri Cafe where I read Spinoza, drink RMB29 glasses of a good Bordeaux red (happy hour prices) and watch the sophisticated women of Beijing walk arm in arm with their boyfriends. An impromptu fashion shoot breaks out and just as quickly disappears.

Afterwards I head to Kaveen’s Coffee, just up the street. Kaveen’s is right next to Cheers Wine Shop and you can get good, inexpensive wines from Cheers and drink them at Kaveen’s and sit outside on the terrace. At Kaveen’s I get what I always get: chicken schwarma. The tables start to fill up. People walk by under a canopy formed by the plane trees above just as they have since I first arrived in Beijing in 2005. I’m amazed that I have lived here so long and still feel like a newbie.

Just as I am feeling a bit lonely, out of the blue two people I know walk in: one of them is one of my favorite DJs–a Chinese guy from Tianjin–whom I have known for years. He is with his wife, an American girl I once interviewed for a job. They are a lovely couple. We exchanged pleasantries and the DJ invited me to his gig that night. An option, but I had other ideas.

A short while later, my best friend in Beijing arrived, straight from work, needing food and drink. We had lots to catch up on. At the same time a few friends from Shanghai who were in Beijing for an event were Wechatting me, looking to meet up. Time passed as my friend and I dived into various subjects. Eventually the Shanghai friends showed up with one of their Beijing friends in tow–a pretty Beijing lady with an interesting personal story. Another bottle of wine was ordered and drunk. Eventually we levered ourselves out of Kaveen’s and went to Migas, the famous rooftop bar in Sanlitun.

I step out of the elevator and run smack into someone who does freelance work for us in Guangzhou. I recognize her immediately from photos, though I have never met her. Up on the rooftop, the music is pumping house, spun by my old friend DJ Bite-Sized Buddha. A Thai mule is thrust into my hand. I have a dance, then a sit, then a long conversation with the freelancer from Guangzhou about projects and prospects and things.

At some point my crew disperses to the winds and I ride my bike across Dongzhimen, across Jiaodaokou ending up at Dada where DJ Floood and Verktyget are putting on an acid house night. I don’t know what acid house is. Outside I run into our new nightlife editor and one of the head honchos for Split Works, the people who brought Sonic Youth to China and Death Cab for Cutie. I buy beers for everyone. Inside I run into the boss of the the place. We catch up, he orders a round of mini-martini shots.

I have another dance as the booze soaks in. DJ Floood is on the decks working the drum machine.

DJ Blackie shows up wearing a t-shirt with the word “zombie” on it. I buy a round of drinks and we reminisce about famous Beijing Halloween parties from the past like the time we were all stuck outside The Place mall trying to get inside for the Yen Fetish Ball, Blackie carrying a box of records and it was pouring rain. Then there was the year in 798 when it snowed.

The night gets late, everyone is drunk and sloppy. People start disappearing in pairs. The next DJ comes on. Next thing I know I’m on my bike heading home alone through empty streets. A classic Beijing night for me.

Every classic Shanghai night for me involves YY and the smell of freedom and on Mid-Autumn festival, we had another great one.

A Shanghai story is cerebral, and is timeless. It connects to the 1920s, it connects to the heyday of Chairman Mao and New China and is always about the people assembled. On this particular evening we had a good group: myself, a couple of classy ladies, my two best friends in Shanghai, a guy from Silicon Valley making his first trip to Shanghai, and Kenny, the YY owner, who is always there.

On this particular night, the music was provided by DJ Manet. Ordinarily he only spins in his living room, where he has full access to everything he needs to hold court. This occasion was his first public appearance in many years. He used to be a regular on the festival circuit but not as a DJ and not as a promoter–no one is really sure what. When he wasn’t mixing tracks, DJ Manet, who is French, was laying gems of philosophy on us.

Things of note that happened that evening:

1. My friend, who works at a big Chinese internet company, showed us a viral video of a middle eastern youth having sex with a sheep
2. The Silicon valley guy told us the story about when Steve Jobs visited their office
3. We flirted with the classy ladies
4. DJ Manet refused to play Daft Punk
5. We learned about a brand of whisky called Rich and Rare which had literally saved someone’s life

All this as empty Vedett bottles piled up around us.

At some point, as DJ Manet was moving past New Order and into reggae (which, when it happens, signifies that it is officially late), I and one of the classy ladies paid our respects to Kenny and left.

Outside the bar, as we were crossing a street, my flatmate in Beijing and his father rode by on bikes which surprised all of us. They braked to a halt and introductions were made and my flatmate’s father complimented the classy lady for being so beautiful and classy. Eventually they rode on and me and the classy lady hailed a cab for the long ride back to Pudong. Somewhere high above, the full moon, shone and none of us below knew exactly what year it was.

There is no “better” when it comes to Shanghai vs Beijing. There’s no need to say. It’s just about the people and the surprise.