Anyone remember Ed O’Bannon? I do. Partially because he led the UCLA Bruins basketball team to a national championship in 1995, but more because of the video game College Hoops, where O’Bannon could throw down a thunderous left-handed tomahawk jam. You’d run him around a pick, dish him the ball, slash him into the lane, and O’Bannon would rise above and throw it down. I’d scream at my roommate: boo-ya! It worked almost every time in that clonky, cartridge-game kind of way. 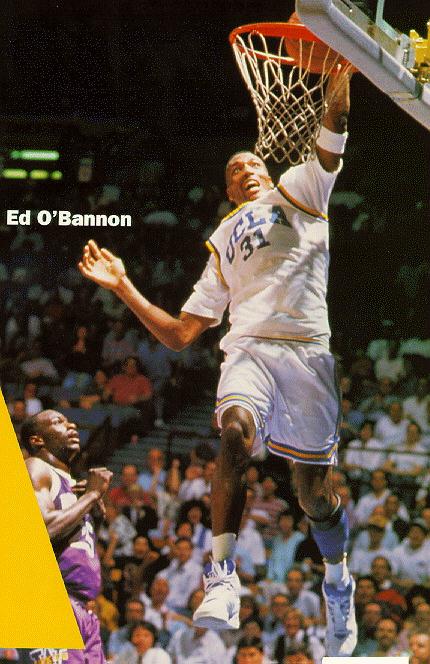 O’Bannon went on to an undistinguished pro career, bouncing out of the NBA after two seasons. But he’s suddenly back on the public radar as the lead plaintiff against the NCAA in what is essentially an antitrust case. The case has been gathering momentum for YEARS. And finally on August 8, a judge ruled in favor of O’Bannon. Everyone–from ESPN to the New York Times–is saying this will have major impact on college sports. Some are even hinting that the NCAA will topple as a result. In fact, there seems to be a palpable glee evident in the coverage so far, as if O’Bannon had posterized the 60-year-old, multi-billion dollar institution that governs college sports. Boo-ya, Big Money, in your face!

It’s an easy story for America to get behind and here’s why:

Big media–from ESPN to the New York Times–has been lapping it up: sclerotic, parasitical old dudes getting disrupted once and for all by fed-up college kids. It practically writes itself.

Except that the real story doesn’t stop there. It exposes the whole structure of higher education. Framed by Ed O’Bannon and his monstrous tomahawk dunk, we see that higher education is really just another business–and a really cynical one at that.

You can take that in a lot of different directions, but what I am interested in how that impacts my life as an expat in China, and specifically, why it makes my life here kinda suck somehow. Bear with me.

China, as intellectual idea and literary tradition are two major reasons why my life here a) started and b) is awesome. Checking out Tianyige (天一阁)–one of the world’s oldest private libraries which is still in operation–in Ningbo this past weekend made me feel warm and fuzzy.

I have a lot of questions about Tianyige and I wish I could pursue them.

I wish I could just dive into Google Scholar type in “Fan Qin” (the guy who started it) and “Tianyige” and explore the backstory to this extraordinary library which has stayed sorta intact for 400 years. Articles like this–decent in a Wikipedia sense–are appetizers to the main course. And I could if a) I wanted to spend US$39 for an article (just to access it for 24hrs!) or b) was a grad student again. 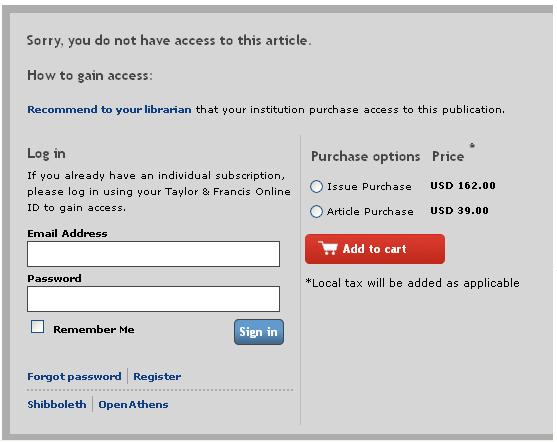 Does anyone else think it is absolutely fucking insane that it costs four times more to get access to an article entitled “440 Years History of Tianyi Pavilion” than to rent The Amazing Spider-man 2? Spider-man cost US$255,000,000 to make. For that cash you could have the entire contents of Tianyige digitized and distributed freely to the entire world from the URL www.tianyige.com for eternity.

So now we get into academic publishing, a system that, like the NCAA, exists in murky waters. Some academic stuff is put out by straightforward commercial presses, but most is put out non-profit presses affiliated by academic institutions. Not only do they, as non-profits like the NCAA, not pay taxes, but they also get subsidized by their home institutions. These home institutions, moreover, are often subsidized by taxpayer money (despite the ridiculous endowments most of them have rolled up under the mattress). Like the NCAA, academic publishers do not have to pay for the content and provide precious little value-add in the chain of production. A 2005 study by Deutche Bank concluded, “if the process really were as complex, costly and value-added as the publishers protest that it is, 40% margins wouldn’t be available.”

Wait, what, 40% margins? Oil companies don’t even make that! Well, at least they don’t make as much as drug dealers.

So there you go. Academics–mainly grad students and untenured professors–power this extremely profitable industry, greased by public money, unquestioned by media. The knowledge gained is walled off from people, in terms of price and, more importantly, by ideology–in the received notion that “440 Years History of Tianyi Pavilion” is something that can only be of possible use to a someone pursuing an advanced degree at an accredited university.

And because there is no O’Bannon-esque tomahawk dunk to represent graduate students (hey, any enterprising CalTech grad students want to sue CBS claiming their rights to their geekiness have been infringed by Big Bang Theory?), no one really gives a fuck that they make nothing on the sweat of their labor

And that’s a problem.

But far more insidious is how everything gets narrowed, how uniform everything becomes. It’s true in Idaho and it’s even worse here in China.

Here, life oscillates between eating, fucking, making money and taking selfies. And it’s not because politics is barred to us. It’s not because, as foreigners, we have no real rights here. It’s because there are no repositories of living information which are accessible to us, which would bequeath us a genuine cultural identity–that most slippery of things which is no less real and no less powerful for its lack of definition.

It’s why we have precious few excellent big-media China-writers to point to and none at all who are genuine intellectuals. It’s especially galling in the digital age when academic publishing companies print hardly anything anymore.

But surely for a stupidly overpriced digital commodity like this there most be a thriving underground where you can download 50 years of Modern China in a single torrent, right?

The answer is yes and no, mainly no, because even if a torrent like that is available, it’s not exactly helpful without a searchable index. That and Aaron Swartz. Remember Reddit builder Aaron Swartz?

He killed himself after getting embroiled in a federal lawsuit alleging that he stole millions of documents from MIT. He no doubt did exactly that. But guess what he stole? A massive tranche of JStor articles. He wasn’t some guy trying to sell trade secrets to the Chinese for a quick buck. He was a guy who believed that deregulating the monopoly of knowledge amassed by institutions of higher learning (MIT is a private institution with a lot of research projects funded by the federal government, especially the defense department), by direct action if necessary, was critical to empowering people.

He was an activist who saw the absurdity of taxpayers paying for knowledge production which they then have to pay for again to access.

So what’s it all mean? I’m not sure. I’m too busy playing College Hoops and downloading Spider-man 2.